What Does Biden Mean When He Tells Trans People He "Has Their Back"? | The Mary Sue

Biden Keeps Telling Trans People He “Has Their Back.” What Exactly Does That Mean? 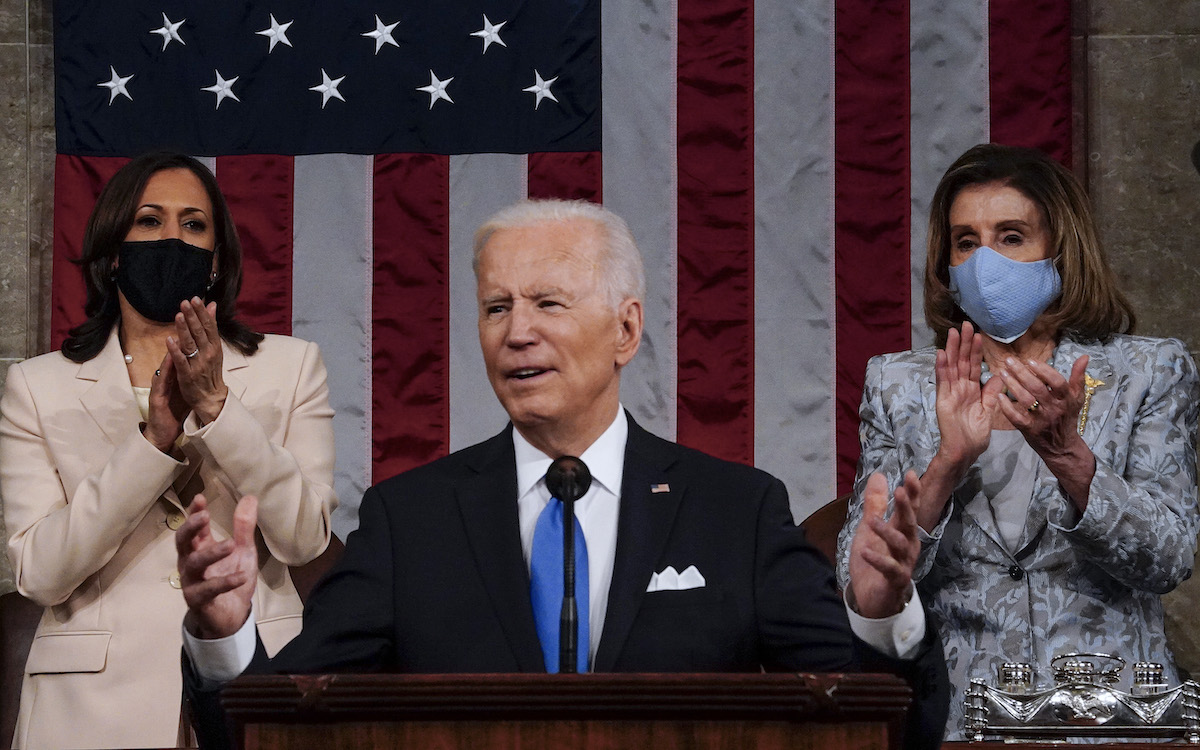 Joe Biden wants transgender Americans to know that he “has [their] back.” He’s stated that message a number of times. He said it during his address to the joint session of Congress (his unofficial State of the Union), asking Congress to pass the Equality Act. “To all transgender Americans watching at home, especially young people who are so brave, I want you to know your President has your back,” he said.

He tweeted the same message again earlier this week:

To transgender Americans across the country — especially the young people who are so brave — I want you to know your President has your back.

During Pride Month — and all the time.

That is a very nice sentiment but it begs the question: What exactly does it mean? What does it mean to have trans people’s backs in a practical, actionable way?

First, let’s look at the ways in which Biden has supported transgender people and communities:

–He signed an Executive Order prohibiting discrimination based on gender identity or sexual orientation.

–He restored protections against healthcare discrimination for LGBTQ+ people after Trump reversed that policy.

–He also reversed the Trump-era ban on transgender troops serving in the military.

–He chose Dr. Rachel Levine to be his nominee for Assistant Health Secretary, which not only sent a clear message that transgender health issues are a priority, but also made her the highest-ranking trans federal official to ever hold office in the U.S.

It’s also been a pretty big deal for a lot of people just to hear Biden acknowledge and state his respect for trans people. It’s not only a relief after four years of a president actively trying to harm LGBTQ+ people, but in many ways, it’s more than possibly any other president has done to recognize these communities. For instance, Biden was the first president (then president-elect) to ever give a statement honoring the Transgender Day of Remembrance.

But is all that enough to constitute having the trans community’s back? Because while the symbolic impact of his words is massive, at this point, it is largely just words.

Take Biden’s executive order, for example. It states that “Every person should be treated with respect and dignity and should be able to live without fear, no matter who they are or whom they love.”

Biden gave the head of each federal agency 100 days to come up with a plan for enforcing this policy. That deadline was up at the end of April/early May, and as far as I can tell, no update has been given publicly.

Meanwhile, 2021 has been a record-breaking year for anti-trans bills at the state level, with more than 100 bills being introduced so far this year. What is Biden doing to combat those bills? Under Trump, the Justice Department issued support for the anti-trans side of a federal lawsuit in Connecticut. Earlier this year, the Biden administration withdrew that support, which is great, but what about all the other anti-trans fights happening across the country? Why is Biden not getting involved if he truly has trans people’s backs?

If states are violating federal anti-discrimination policies, the federal government can sue them. The Obama administration, for example, sued the state of North Carolina over their anti-trans bathroom bill. Is Biden planning to take this kind of action? He said his administration will “fully enforce” anti-discrimination laws. Well, those laws are being violated all across the country. What is he going to do to enforce them?

This isn’t the only policy that has yet to transcend from words to real substantive change.

The epidemic of violence also has not let up, with at least 27 trans and gender nonconforming people murdered this year. Despite a pledge by President Biden to direct federal funding to local efforts focused on alleviating anti-trans violence, no significant government actions have addressed it. In terms of health care, the Biden Administration began reenforcing protections for trans people under Section 1557 of the Affordable Care Act, after the previous Administration blocked it. But most of those systemic inequities—like in health care and housing—that we felt so acutely last year are still blocking most queer and trans people from the livelihoods we deserve. President Biden’s comments that things fundamentally would not change under his presidency don’t feel too far off for the majority of our community.

Just this week, the Biden administration again seemed to undercut its own “got your back” message when the Justice Department declared in a court filing that it would “vigorously” uphold protections for federally-funded religious schools allowing them to discriminate against LGBTQ+ students.

Now, the DOJ has to uphold federal law, and federal law says that those religious institutions get to discriminate if they want to. But why is the department announcing its plan to do so “vigorously”? It honestly makes it sound like they’re excited to do it.

Some LGBTQ advocates were disturbed by the filing, which came Tuesday in U.S. District Court in Oregon, saying its wording went further than necessary, further than just an obligation to defend an existing law. They want the administration to agree with them that it’s unconstitutional for federally funded schools to discriminate against LGBTQ people, and that the exemption isn’t defensible.

The administration took notice of the backlash and has now changed the wording in the filing to remove that “vigorously,” as well as a declaration that the DOJ shares the “same ultimate objective” as three religious institutions looking to get involved in this suit. (The department is trying to discourage them from doing so.)

Biden has been working to increase the visibility of trans issues since taking office but as Raquel Willis wrote in that TIME article, “The strides made in visibility are simply not enough to improve the lives of trans people.” So what is Biden’s next step going to be?