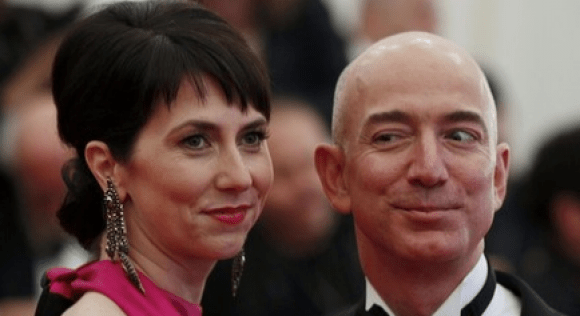 The Bezos family have always been a private family, given their wealth. Jeff Bezos–the Seattle-based founder of multi-billion dollar corporation Amazon–has certainly changed the way most people think about retail, but unlike other billionaire couple Bill and Melinda Gates, the Bezos haven’t done quite as much headline-grabbing when it comes to their philanthropic efforts–granted, it’s difficult to keep up with the Gateses; they’re like the philanthropic Joneses that way. Until recently, that is, when Bezos and his wife Mackenzie donated $2.5 Million to Washington campaign for marriage equality.

Announcing the gift Friday morning was Washington United for Marriage, a coalition working to legalize same-sex marriage in Washington state through the approval of Referendum 74, which would affirm a law passed by the state’s legislature this year.

The Bezoses join a growing number of heterosexual business leaders who according to the New York Times have “replacing wealthy gay people as the some of the biggest donors to the movement behind same-sex marriage and equality for gay men and lesbians.”

Zach Silk, campaign manager for Washington United for Marriage, emphasized the importance of such a gesture:

“To get this from a straight, married couple sends a powerful message that marriage is seen as a fundamental question of fairness. The extraordinary contribution from Jeff and MacKenzie Bezos will make an enormous difference for our campaign to defend Washington’s marriage law. While it provides an amazing base for the work ahead, we hope it spurs others to invest because we’re a long way from November and we face opponents with deep pockets who are committed to spending millions to defeat us.”

It is worth noting a bit about Amazon the company’s somewhat checkered past with its database and LGTBQ lit, which has in the past sometimes mistakenly labeled it as “adult material” or excluded it all-together. A snafu, for sure–the database also at some point tried to wipe out 1984 and The Color Purple while searching for “adult content”–but still memorable.

Nevertheless, the Bezos’ monetary gesture is a significant one; opponents of the Washington referendum have reportedly raised over $135,000, which pales in comparison to what the Bezoses just offered those in favor of it.

The Bezos were approached for the donation by Jennifer Cast, the finance co-chair of the coalition who has in the past spent years working in senior positions at Amazon. She is also a lesbian mother of four children. In her email to Jeff Bezos, she asked for a donation between $100,000 and $200,000–about that that Bill Gates and Steven A. Ballmer of Microsoft each gave, and did not expect at all just how far about and beyond Bezos and his wife would go. Here’s an excerpt from her email:

The Bezos’ donation is said to be one of the largest donations (if not the largest donation) ever made by an individual family to a campaign for marriage equality. In a world where we live in witness of a strange metaphorical war between Oreos and Chic-Fil-A, we hope it makes a difference.

(The Caucus via The Advocate)