Tell Us About Your Best Halloween Costume | The Mary Sue

Tell Us About Your Best-Ever Halloween Costume 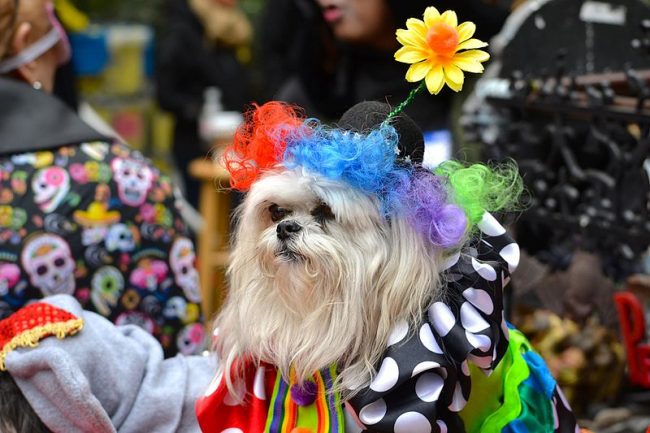 All Hallow’s Eve is speedily approaching, but there are some of us (*whistles*) who are dragging our feet on what to be. So let’s share some of our fondest costuming memories, and maybe we’ll inspire each other.

I wish I was better at Halloween, I really and truly do. But for the last decade or so, if I “dress up” at all, it’s usually with the cop-out of a funny hat or a headband with cat ears on it. I always scramble at the last minute, and by that time what’s usually left in the Halloween stores are sexy clown costumes and crushed dreams. Hence, my array of wacky hats.

The last time I went all-out was in college, and it was pretty creative, if immensely liberal-artsy. I’d been studying a lot of American history and propaganda that semester, and so I decided to go as “The Cold War.” A conceptual costume, if you will. I wore a bright yellow HazMat-type jumpsuit, a utility belt full of plastic “spy” tools, and throughout the evening I alternated American and Soviet military hats (I guess I’ve always had a hat thing). All in all, I was pretty proud of myself, though I didn’t win the party’s costume contest (that went to someone who was dressed as “Ikea”). These days, when it feels like we’re back in a hot propaganda war with Russia and nuclear war seems like an actual looming possibility, maybe I wouldn’t choose this particular concept to dress as again.

Anyway, that’s my most inspired costume. What about you? (Feel free to tell us what you have in store for this year, if you’re psyched about it.)

And do you have any easy-to-do last-minute ideas that may or may not involve hats? Asking for a friend. 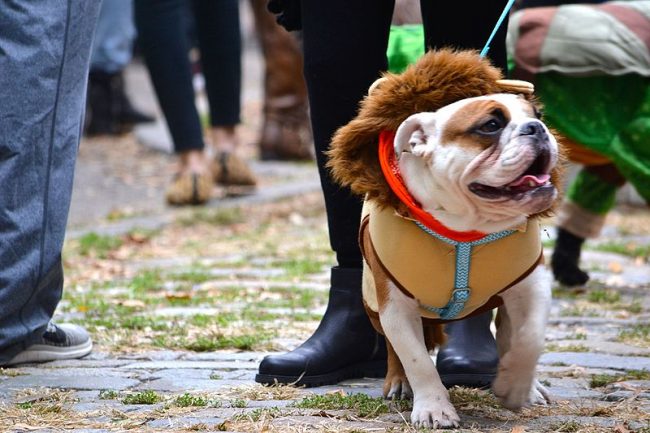