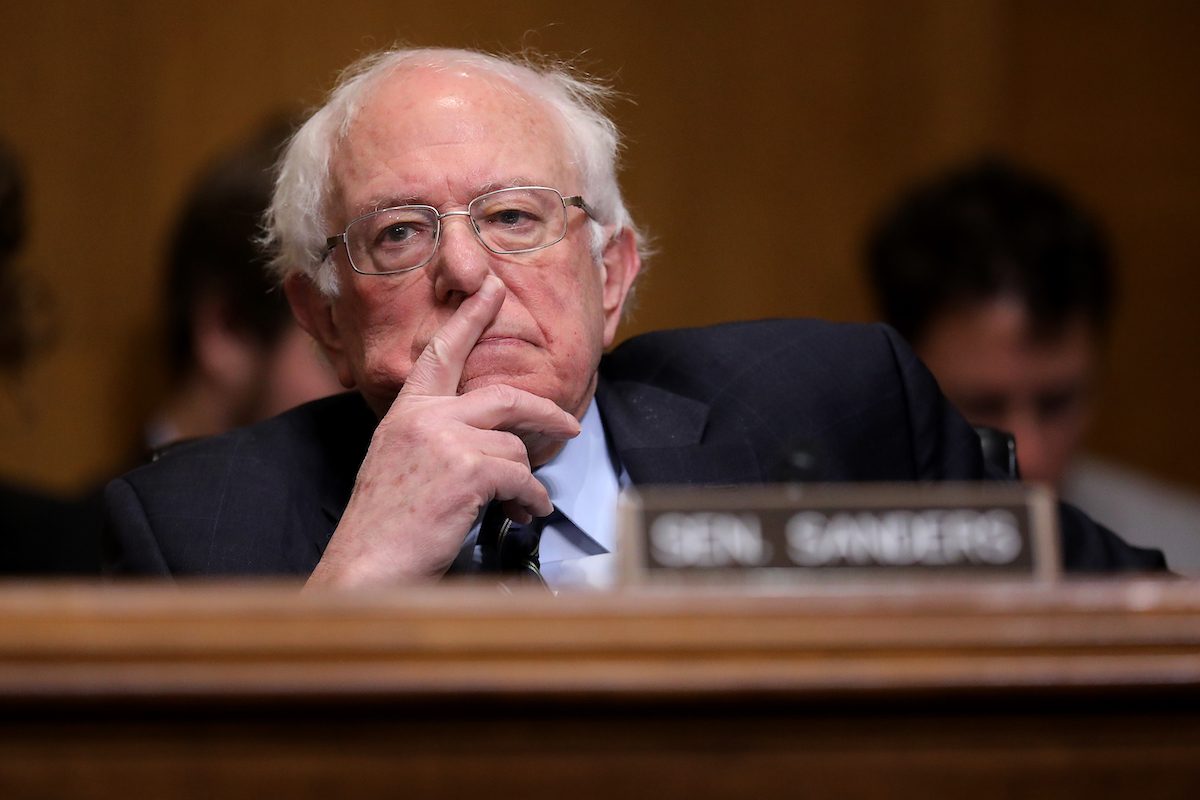 The State of the Union Address is scheduled for tonight, and while that doesn’t sound all that enticing, Stacey Abrams is giving the official Democratic response, and that’s a whole lot more exciting. The White House has said that Donald Trump’s speech will call for unity among the parties, but knowing Trump, it seems unlikely that that’s a subject he can discuss convincingly.

One of the most reliable bits from this White House will always be “he called for unity, so you should all ignore the slash-and-burn he did seconds later” https://t.co/26GwSr3kuX

Abrams is likely to talk about the divisiveness stoked by Trump’s attacks on Democrats, as well as the crisis of voter suppression, among other things. She’s an exciting figure and a gifted orator, and that’s why the Democrats chose her as their official spokesperson for the evening.

And that’s also why a lot of people had a negative reaction this morning to news that Bernie Sanders would be offering his own response to Trump’s State of the Union.

Inbox: @BernieSanders will deliver his own response to the State of the Union on his social channels, “shortly following the Democratic response to Trump’s address.” pic.twitter.com/13NaNDQb6O

Now, this isn’t the first time Sanders will deliver an independent response. This will be his third year doing so, and he’s not exactly competing with Abrams, as his speech will stream after hers. But to many, this still feels like a show of disrespect for Abrams and for the role the Democratic Party has bestowed on her.

For one thing, even though Sanders has done this before, there is the distinction now of this being a campaign year. That gives this the look of being more about Sanders selling himself than supporting Democrats. That would be fine, seeing as he’s not a Democrat, but if he’s once again going to seek the Democratic nomination for president rather than run as an Independent, shouldn’t he show some degree of unity with Abrams and the rest of the party?

On top of that, Abrams is the first Black woman to ever give the official minority party response to the State of the Union. Sanders has long been criticized for ignoring issues of race and gender in favor of a pure class-based approach to politics. For him to step on her moment is, at best, terrible optics, and at worst, a willfully ignorant dismissal of those valid criticisms. Asking Sanders to respect such a historic achievement isn’t a plea for special treatment; it’s asking him to make room for Abrams’ well-earned moment.

This is disrespecting black women, the most important and reliable part of our base. He can speak another night. This is Stacey Abrams’ night. She was the one the party chose. Nope. This is not his night!

It would be dope if Bernie was like I don’t need to do a SOTU response bc a capable Black women has got that covered but he couldn’t and didn’t and Black women see that and we won’t forget. #takingnote pic.twitter.com/9YldwWk37E

Upstaging Black women during Black History Month is what white civil rights heroes do tho.

On the other hand, some are arguing that more lawmakers should issue their own response to the State of the Union in order to increase the level of discourse surrounding Trump’s agenda. Kamala Harris announced today that she’s doing just that.

I get this argument. The more discourse, the better. I also worry that this does detract not just from Abrams’ moment, but from the image of Democrats as a strong, unified party, rather than a handful of disparate, potentially infighting, or at least inconsistent, individuals.

Would it hurt to save the individual responses for Wednesday morning and let Stacey Abrams speak for the party tonight, or are you excited to watch Harris, Abrams, and Sanders deliver their thoughts in one night?

Let us know what you think in the comments.