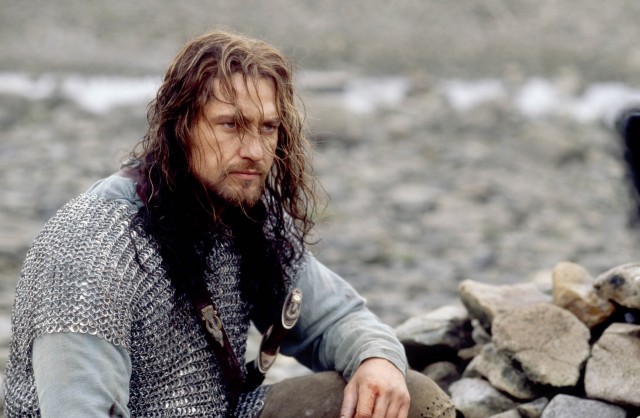 Hear that sound in the distance? That’s a whole bunch of graduate students wailing and gnashing their teeth, because according to an academic from the University of Manchester, one of the most important opening lines in literary history might be less interesting than we all thought. Yeah, this is going to ruin a lot of final theses.

Since it was first translated and published by Scandinavian linguist Grímur Jónsson Thorkelin in 1815, most new translations of the text have interpreted the very first word of the classic ancient text, “hwæt” (sounds like cat), as a sort of interjection or interruption — kind of like shouting “Hey!” at somebody to get their attention. As a result, it gets turned into “Listen!”, “Ho!”, or in Seamus Heaney’s most recent translation of the text, “So.”

However, according to a new paper by Dr George Walkden, it’s not meant to sound like that at all. The interrogative pronoun  “hwæt,” he argues, is not meant to be a standalone piece of information but instead informs the rest of the line — sort of like an exclamation mark that goes at the beginning of a sentence rather than the end. So as a result, “Hwæt! We Gar-Dena in gear-dagum, þeod-cyninga,  þrym gefrunon, hu ða æþelingas  ellen fremedon!” does not translate to “Listen! We have heard of the might of the kings,” it translates to “How we have heard of the might of the kings.”

In case you only read Beowulf that one time in high school and don’t remember much, this is a much bigger deal than it looks like. People have written a lot about the first eleven lines of this poem, and this paper basically flies in the face of every modern translation of the text to date.

“It shows that perhaps the Anglo-Saxon audiences were better behaved than we thought because it doesn’t say `Oi you, listen to this!’” Perhaps they were more appreciative,” Walkden said to The Independent. Sure, okay, that too.  We’re going to keep going ahead with our mental image that the Anglos were all a bunch of coconut-clopping hooligans, but if you’d like to imagine that they all sat around politely waiting for poems to start, that’s fine.

The confusion, he suggests, might be linked back to a Jakob Grimm, who once wrote in 1837 that “hwæt” was a “pure interjection”. Man, leave it to one of the Grimm Brothers to ruin everything for everybody. Making us all afraid of our step-mothers wasn’t enough for you two? You’ve gotta ruin things for all our literature professors, too?

(via Independent, image via Beowulf & Grendel)