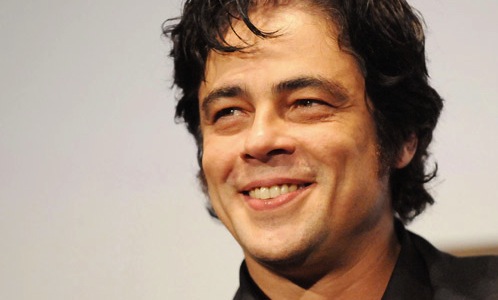 He doesn’t have a name, he may not even have a script yet. But rumor has it that J.J. Abrams is talking to Benicio Del Toro this weekend about taking the role of the lead villain in the sequel to 2009’s Star Trek. Annnnnnd … that’s about all we can tell you. But what we can do now is try to guess! Set phasers to “speculate”!

Variety reports that several parts are already cast in the sequel, except for this main bad guy. And Del Toro has actually already met with Abrams about this role before, so there’s a decent chance that the Oscar winner will be heading towards space. (The final frontier.) But as he is wont to do, Abrams hasn’t even told Del Toro what the role is yet, unless he has and Del Toro isn’t talking.

Fortunately for us, Screen Rant is heavily speculating on possible villains. In a past interview with screenwriters Alex Kurtzman and Robert Orci, the scribes said that they had been very inspired by the original Star Trek series, perhaps hinting that the new movie’s main villain will be a character from that. And there was one very popular villain who appeared in the first series of Star Trek movies who first appeared in an episode in a 1967 episode of Star Trek: The Original Series called “Space Seed.” He was played by Ricardo Montalbán. And his name? KHAAAAAAAAAAAN.