Benedict Cumberbatch In BBC's The Hollow Crown | The Mary Sue 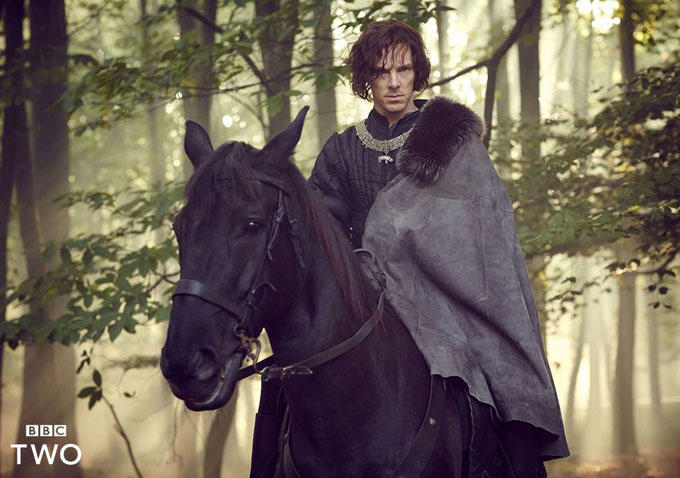 Benny, I… I didn’t mean it when I said you’re being cast in so many things and talked about so much that I’m maybe getting a little fatigued of your presence. I swear. And I’ve never used the Benedict Cumberbatch Name Generator; I don’t even know what that is! Stop looking at me like that.

Oh, and this pic is the first of the Cumberbizzle in BBC’s Shakespeare adaptation series The Hollow Crown: The Wars of the Roses, covering Henry VI Part 1 (episode one), Henry VI Part 2 (episode 2), and Richard III (episode 3). Cumberbatch is playing Richard III and will be joined by Judi Dench as Cecily, Duchess of York; Sophie Okonedo as Queen Margaret; Hugh Bonneville as Humphrey, Duke of Gloucester; and Sally Hawkins as Eleanor, Duchess of Gloucester. Tom Sturridge is playing Henry VI in the other two episodes, and Keeley Hawes is on deck as Queen Elizabeth in Henry VI Part 2 and Richard III. The first season of The Hollow Crown covered Richard II, Henry IV Parts 1 and 2 and Henry V, and starred Ben Whishaw, Jeremy Irons, and Tom Hiddleston.