The Hobbit’s Benedict Cumberbatch On The “Devilish” Smaug 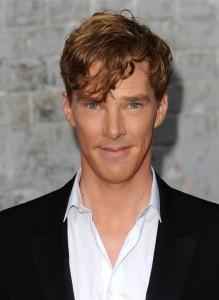 He’s an exceptionally beautiful, vain, devilish and also, in a weird way, slightly innocent character. He’s fooled by an invisible midget, I mean, it’s quite frustrating. There’s something quite exceptional about the power he has over people and the imagination of that world that is unlocked in this story and I can’t wait to get involved with it.” – Benedict Cumberbatch on his role of the dragon Smaug in Peter Jackson’s The Hobbit.

The actor mentioned he hasn’t started work on the two-part film yet as he’s been busy with a few other projects, namely a second season of the BBC’s Sherlock with fellow Hobbit star Martin Freeman. Cumberbatch will be filmed using motion capture for Smaug but he’ll only be doing voiceover work for his other role in the film, the Necromancer. He said he’ll probably do research on lizards and other reptiles to prepare for dragon-acting.

Cumberbatch said all his Hobbit work will start happening in January. “I hope it does fans justice,” he said. “Obviously, I did something right in the audition, so tell those fans not to get their daggers sharpened just yet.”

Cumberbatch can next be seen in Tinker Tailor Soldier Spy coming out this December.