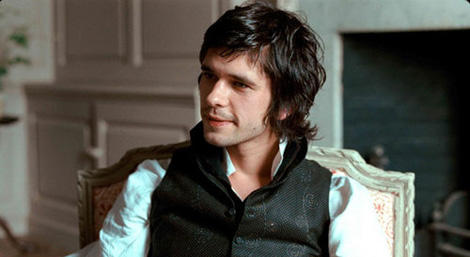 The next Bond film, Skyfall, will feature a new gadget man helping the iconic spy. Ben Whishaw, who currently appears in the BBC‘s The Hour, will be taking over the role of Q in the new movie, making him the youngest actor to do so and the first time Q has been younger than Bond himself. This will probably not, however, cramp Bond’s style. (Because he is James Bond.)

This is actually the first time Daniel Craig‘s Bond will meet Q, a character who has always been part of the franchise but was conspicuously absent since Craig became the new 007. Prior to this Bond incarnation, gadget expert Q was played for decades by Desmond Llewellyn, who made his debut as Q in 1963’s From Russia With Love. The role was his until 1999’s The World Is Not Enough, which premiered shortly before the actor was killed in a car accident.

After Llewellyn’s death, John Cleese took over for 2002’s Die Another Day, but that was the last time we’ve seen Q (even though he was actually credited as R); neither Quantum of Solace nor Casino Royale featured the character at all.

But now, Q is back, and much, much younger. Whishaw is 31, and according to “a source,” the casting will give anyone attracted to men “more than Daniel to gush over.” Okay, sure. He has splendid hair. But what kind of Q will Ben Whishaw be?

‘It’s a bold decision as it means Q will be younger than Bond for the first time. His role will be very different from previous Qs. He’ll be far more serious, as is the trend with the new films.’

Hmm. Certainly there won’t be any more avuncular banter between Q and Bond if Q is over a decade younger. Or just a different kind of banter.