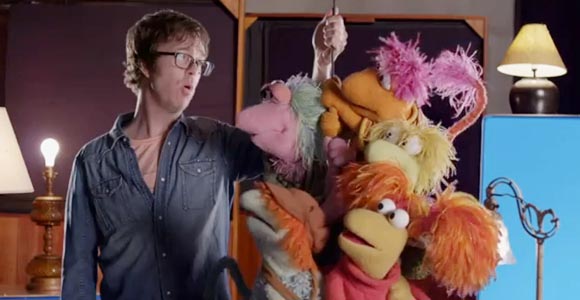 If you’ve been missing Fraggle Rock, you’re in luck. Not only does Archaia Entertainment publish a Fraggle Rock comic, Ben Folds Five is giving them another spotlight (with a few Hollywood so-and-sos along for the ride). Check out their new music video for the song “Do It Anyway” after the jump!

In a meeting with Lisa Henson, Chris Hardwick was offered the opportunity to do something Fraggle related (their 30th anniversary is coming up). Like any of us would have, he jumped at the chance and suggested Ben Folds Five for a delightful pairing. Ben Folds was all about it too and now we have this awesome video to show for it.

“I can never fully express the amount of nerdy joy that I felt on set seeing Red Fraggle jump around on Ben’s piano,” said Hardwick. “And the fact that I was able to weasel my way into the video was a dream come true.”