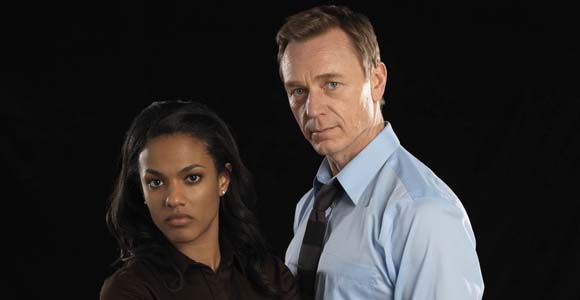 While we (im)patiently wait to see what Peter Capaldi’s version of the Doctor will be, actor Ben Daniels has come forward to say he was very close to landing the role.

Digital Spy has an exclusive interview with the Law & Order: UK actor. You may remember he was one of the names floated around before the official Doctor Who announcement. “I was thoroughly entertained reading all those daily rumors online – first I was cast, then I’d filmed, then I had to pull out for personal reasons! All of which had no basis whatsoever in reality, but they’d obviously latched onto something and I don’t know where that all initially started,” he told them.

But there was huge kernel of truth involved – Daniels was being seriously considered.

“I was approached and asked if it was something I’d be interested in doing. Apparently, usually when it’s announced that the [old] Doctor is leaving, the new Doctor’s already firmly in place. But a BBC email had apparently been leaked, talking about Matt Smith’s departure or something, so they had to announce it officially much sooner than they’d have liked,” Daniels told Digital Spy. “So I was asked, and when I eventually managed to peel myself off the ceiling, I said, ‘Yeah, of course it’d be something I’d be interested in doing.'”

Besides being excited about the prospect as an actor, Daniels was excited as a fan. He’d watched the show in his youth and again when it was relaunched in 2005. Daniels was also aware there was a name above his own but that didn’t stop him from calling his agent often to ask for updates.

“I had a good two months to really think about the ramifications of… not being able to go to the local pub and so on. I sort of live in the middle of three schools, so it was like, ‘OK, maybe I’d have to move,'” he said. “Then – I think it was about two weeks before that live reveal event – I was told that their shortlist had got much shorter! But it didn’t mean I wouldn’t come back into the frame.”

But we know how that played out. Capaldi said yes to the role and Daniels, much like us, can’t wait to see what he does. He said, “He’s brilliant – such an amazing actor and it’ll be completely unique and I’m looking forward, hugely, to his Doctor.”