From the Mouth of the Bat Himself, Ben Affleck Is Done Playing Batman

It's time for a new man behind the cowl. 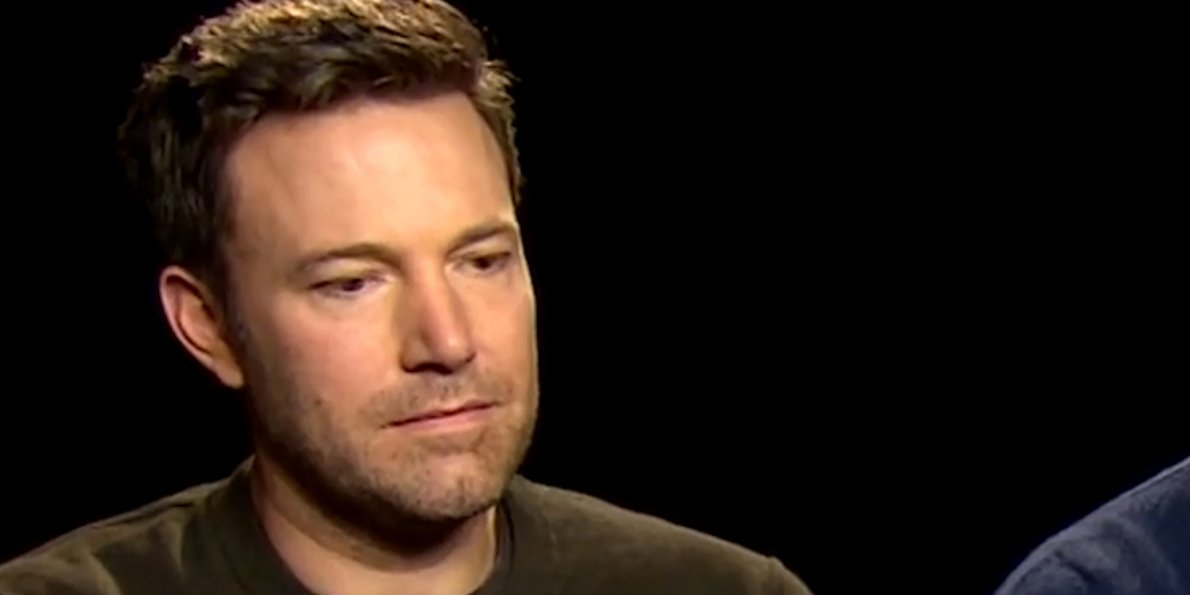 Hello darkness, my old friend. In an appearance on Jimmy Kimmel Live! last night, Ben Affleck made another public statement that he’s done with the role of Bruce Wayne/Batman. When asked about the upcoming solo Batman project, which he was originally slated to write/direct, he said, “I tried to direct a version of it and worked with a really good screenwriter, but just couldn’t come up with a version—I couldn’t crack it. And so it was time to let someone take a shot at it. They’ve got some really good people.”

He ended the segment by looking into the camera and saying the dreaded words for Batffleck fans: “I’m not Batman.”

There we have it, from Affleck himself. We can most likely bid adieu to the idea of The Batman serving as a prequel and Affleck returning for another film set in the present, as it seems that Affleck is done with the role entirely. Cue the return of the “sad Ben Affleck” meme from the press tour for Batman v. Superman.

We’ve still got Aquaman (Jason Momoa) and Wonder Woman (Gal Gadot), and neither Ezra Miller or Ray Fisher seem in a hurry to ditch their roles as Barry Allen and Victor Stone respectively. Who knows what Henry Cavill is doing right now, but he hasn’t officially confirmed if he’ll stay or if he’ll go. Affleck, though, is out. This time, for real and for good.

We can argue back and forth about Warner Bros. conspiracy theories and the “Snyder Cut” of Justice League, but we can also say that many of the DC creative executives don’t seem to be happy with teamup films Batman v Superman and Justice League. Gal Gadot has discussed her dislike of Diana’s characterization therein, and Patty Jenkins politely said that she hopes we don’t get another Justice League film for a while.

Jason Momoa talked about the Snyder Cut and his own desire to see that one day. There were even rumors that DC executives were pressuring director James Wan to take Arthur Curry’s character more in line with his Justice League portrayal.

Personally, the Whedon touch on Justice League is my least favorite part of the film. While Barry Allen has to be a jokester, fans complained that Batman was too much like Iron Man, which … yeah, I can see it a little—and that no one was in character. We will probably never know what studio meddling went down behind the scenes when Snyder stepped down to deal with a family tragedy and Joss Whedon was brought on to reshoot parts of the film, but it wasn’t pretty, apparently.

League was a box office bomb by Marvel and DC standards, and with Batman v. Superman‘s critical panning, Affleck was probably tired of the Bat-jokes. I don’t blame him for leaving, but it does somewhat sadden me that we’ll never get a Bruce Wayne/Batman turn from him that balances the brooding and the humor properly and that isn’t loaded with behind-the-scenes drama. You weren’t a bad Batman, Affleck. You just never got the right script.