Why would Diana 'walk away from mankind?' She wouldn't. 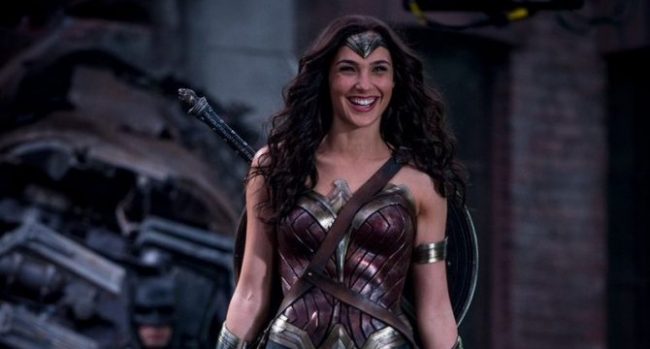 The cast of Justice League is currently in doing press in Beijing, which means we finally have more of one of our very favorite things: Gal Gadot saying words about Wonder Woman. The promotional tour for Wonder Woman was a constant delight, not just because of the way she and Chris Pine play off of each other, but also because Gadot makes it clear that she has deep love and respect for her character, her fans, and the stories being told.

She also clearly has no problem speaking up when she doesn’t agree with the way that character is portrayed. And when it comes to how she was introduced in Batman v Superman, she definitely doesn’t agree. After leaving Themyscira and saving humanity in WWI, why would she have then, “walked away from mankind?”

Patty Jenkins has already said that that cynical darkness doesn’t really fit with her vision of Diana, and Gadot has now echoed that opinion. She told reporters that when they started filming BvS, “None of us knew exactly, exactly, the backstory of Wonder Woman. And once they decided to shoot the solo movie for Wonder Woman and we started to dig in to understand the core of this character, we realized that, actually, there is no way that Wonder Woman will ever give up on mankind.”

She continued, “The reason why she left the island was because she wanted to make their lives better and safer. They are her calling. So, I’m giving you a very honest answer, but it was—sometimes in a creative process, you establish something that is not necessarily the right decision, but then you can always correct it and change it. So Wonder Woman will always be there, as far as she’s concerned, for mankind.”

gal talking about #WonderWoman #JusticeLeague
(I’m assuming the question is about the continuity) pic.twitter.com/EVaVshFDie

So many superhero stories–especially in the DCEU–are centered around these characters hitting their lowest point, giving up on themselves or the people they’re supposed to protect, and embracing their darkness. But Diana’s compassion and dedication to protecting humanity are essential to her entire character, and the success of Wonder Woman proved that a hero doesn’t have to be tortured to be compelling.

I’m so glad that, from the sound of it, Justice League is scrapping the whole abandoning mankind thing rather than trying to make this person we now know and love fit into that totally uncharacteristic storyline.