How do you say "no, thanks" in German? 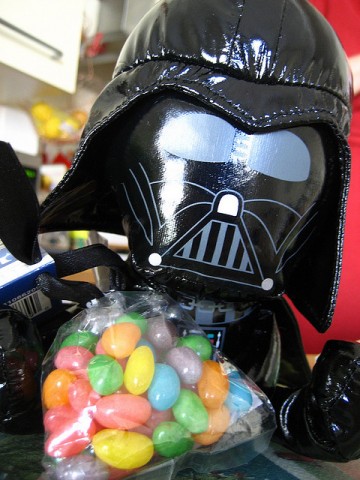 If you’ve ever been drinking a beer and wished it was non alcoholic and also a jelly bean, then we have good news for you, weirdo!

In honor of their German heritage, Jelly Belly premiered a new flavor last weekend at The Winter Fancy Food Show in San Fransisco. Simply called “Draft Beer” the bean reportedly tastes like a “Heffeweizen-inspired ale” (and not stale Easter Candy.)

Jelly Belly described the bean in a press release, saying  “The effervescent and crisp flavor is packed in a golden jelly bean with an iridescent finish. Beer connoisseurs will find the flavor profile to be clean with notes of wheat and a touch of sweetness. The aroma is mildly bready.”

So, again, if you like your jellybeans to smell like bread, or your beer to be disguised in a non alcoholic, jelly bean form, then this is great news for you.

We’d like to reiterate that like Jelly Belly’s other alcohol-inspired offerings (Strawberry Daiquiri, Pina Colada, and Mai Ta,i) “Draft Beer” beans have a zero percent alcohol content. That’s a shame, because the only time they’re probably palatable be when you’re drunk.

So yeah, we guess you could do worse for yourself than beer-flavored jelly beans from Jelly Belly. But you could do way better, too. Real beer is all around you.