Science Has Created Candy That Protects Your Teeth, All Things Are Possible

No, it's not Grillz. 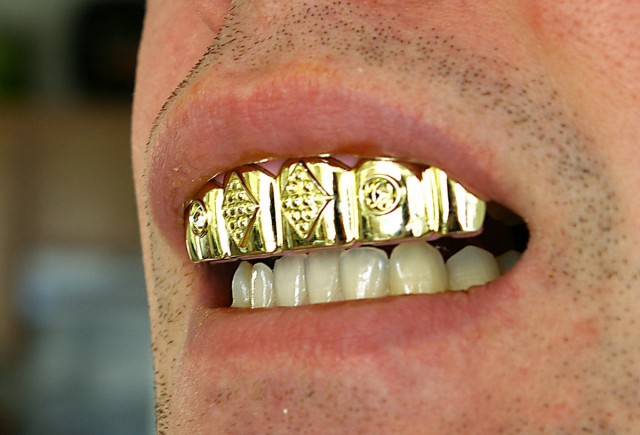 We would have settled for candy that wasn’t bad for your teeth, but that wasn’t enough for Christine Lang of the biotech company Organobalance. No, Lang and her colleagues decided that candy should make up for its years of causing cavities by actively preventing them, and they’ve finally achieved their goal. Take that, parents everywhere.

It’s not really the candy or the sugar in it that cause tooth decay and cavities. It’s actually the normal bacteria on the surface of your teeth, which secretes acid after you eat and wears holes in your tooth enamel. Specifically, the common bacteria that is worst for your teeth is mutans streptococci, so if you could somehow reduce the amount of it in your mouth, you should be able to effectively reduce tooth decay.

To put this theory to the test, Lang’s team created a sugar-free candy containing dead Lactobacillus paracasei bacteria, which has been shown to reduce the amount of mutans streptococci in rats’ mouths. In a group of sixty volunteers, about three fourths of them had significantly lower levels of mutans streptococci in their mouths after eating the candies for just one day.

If they can successfully apply this same technique to candy with sugar in it, it’ll be a pretty weird head trip to see candy suddenly have the opposite effect on our teeth from what our parents spent so much energy warning us about.

We’re going to eat so much candy.

(via Phys.org, image via Jeremy Noble)