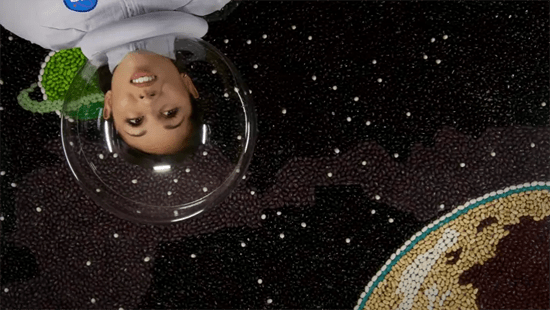 Every work of art seeks distinction, but few do so by using 288,000 jelly beans to create a stop motion animated music video. Directed by Greg Jardin and using the body and music of Kina Grannis, this incredible video took 1,357 hours over nearly two years to make. In that time, the production team shot 2,4360 still frames featuring Grannis and thousands of jelly beans. Amazingly, the whole thing was done without any CGI wizardry or greenscreening.

Not only is it a visual marvel, but it’s a catchy tune and utterly charming. Watch it after the break and be sure to take a minute to see the making-of video, that gives us a peek at how something like this gets made.

Believe it or not, the behind the scenes video is just as fascinating and charming as the music video itself.