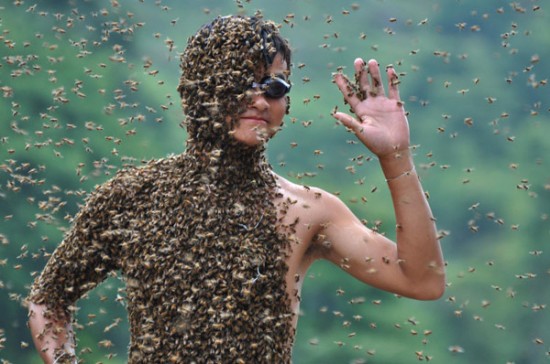 For most of us, the presence of even a single bee in our direct vicinity tends to result in helpless flailing, and perhaps an occasional shriek or two in fear. Most of us, could never even conceive of participating in a bee-wearing contest. But, two brave beekeepers in China purposely tried to attract as many bees as possible to their bodies, wearing them as a bee-body suit the likes of which only Lady GaGa could dream.

For 60 minutes, 42 year old Wang Dalin and 20 year old Lc Kongjiang competed in the bee wearing contest in Shaoyang City, China. The two men wore only shorts, goggles, and nose plugs to protect themselves. Each man had a queen bee that had been removed from its hive and captured in a small cage tied around his neck. After just a few minutes, the scent of the queen started attracting her followers and the bees started to swarm the competitors. The men were standing on a scale, so that the weight added by the bees could be measured.

When the contest was over, Wang Dalin stood victorious, wearing 26 kg of bees, while Lc Kongjiang attracted a mere 22.9 kg of bees. While the very idea of bee wearing might seem absurd, its important to note that the Chinese competitors didn’t even come close to setting the world record for bee wearing, which is still held by American Mark Biancaniello at 39.5kg. 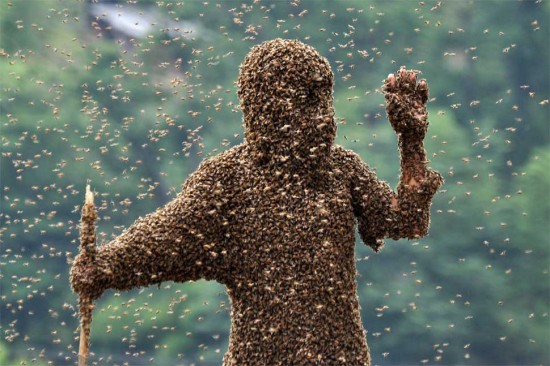 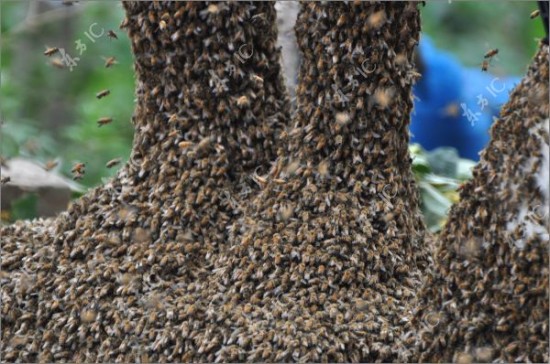 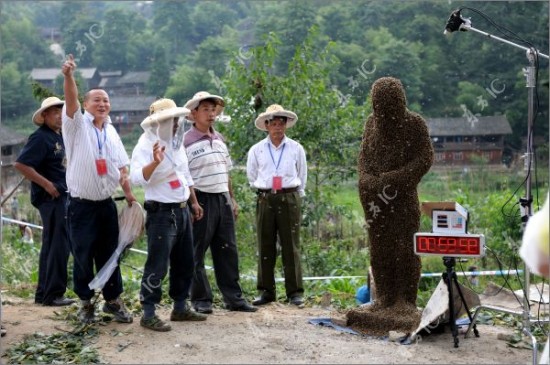