Not Only Are There Two Beauty and the Beast TV Shows In the Works, Now There’s a Movie 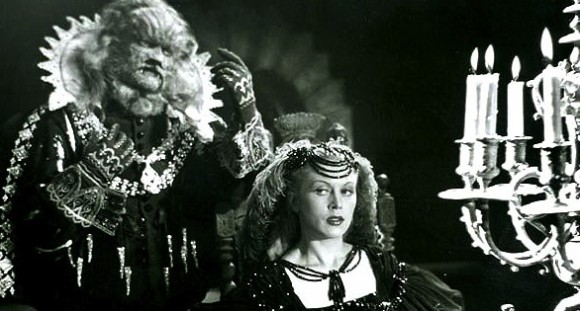 French director Christophe Gans was apparently not satisfied with the possibility of two TV shows based on the story of Beauty and the Beast, nor the tween-friendly movie version that came out last year, Beastly. (Then again, probably nobody was satisfied by Beastly.) But now, there is yet another live-action adaptation in the works, and Gans is promising to look back to the original story by Gabrielle-Suzanne Barbot de Villeneuve for his French-language version, which already has Vincent Cassel (The Brotherhood of the Wolf, also directed by Gans) and Lea Seydoux (Mission Impossible: Ghost Protocol) cast in the lead roles. So, we can go ahead and get ready for that now.

What sets Villeneuve’s story apart from other versions of the fairy tale — aside from it being the original story — is that the beast is not a gentle but bratty prince in the body of a vicious beast. Her beast was genuinely ferocious. The 1946 film adaptation by Jean Cocteau, La Belle et la Bête, is considered to be one of the most faithful to the original story. Gans, who also wrote the screenplay (apparently “humbly, in the shadow of that giant” Hayao Miyazaki, according to Variety), is hoping for a movie that will be appropriate for children and adults. Like in all the other versions, he hopes to explore “the power of dreams and love versus materialism and corruption” and turn the message into one that is relevant to the world today.

It looks like while this will be a French-langage movie, there’s a chance it will still be very popular over here in the States; with a budget of €33 million (that’s $43.2 million), it is getting a lot of attention at the Berlin Film Festival and several foreign markets are looking to buy and distribute it. No word on U.S. markets, but as /Film puts it, “that could change very quickly.”

With this picture, I want to unleash my imagination. Although I will keep to a form of storytelling of this timeless fairy tale that is in keeping with the same pace and characters as the original, I will surprise the audience by creating a completely new visual universe never experienced before and produce images of an unparalleled quality. Every single one of my movies has presented me with a challenge but this one is, by far, the most exciting and rewarding.

Get ready for everyone to start speculating how awesome the beast will look with today’s special effects capabilities. It starts shooting in October.

Beauty and the Beast