"We're so sorry that gaslighting a journalist made people angry at us! Oops!" 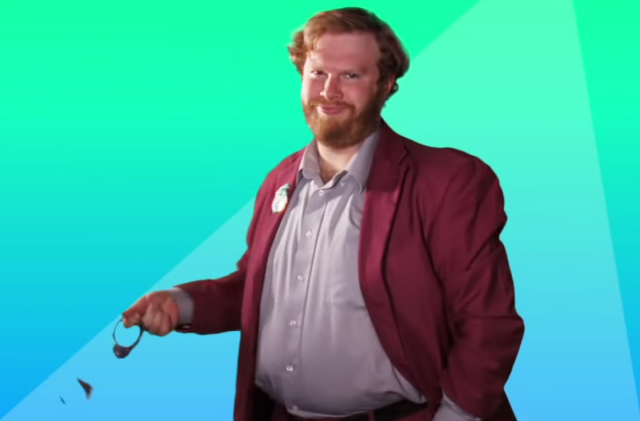 So, remember the horror you experienced when you discovered that @horse_ebooks and Pronunciation Guide were the same guy? And that they were all part of some weird performance art project? And that the guy behind them took their secrecy so seriously that he seriously manipulated and messed with a journalist? Well, he’s “sorry” about all that.

Jacob Bakkila, a creative director at Buzzfeed, was nearly outed as the artistic force behind both popular online feeds by Daily Dot reporter Gaby Dunn. Instead of appealing to her better nature, and asking her to keep his performance art a secret until release date, Dunn reports that Bakkila was “cold, calculated, and cruel,” misleading and lying to her to the point of involving some of her friends in the deception. Basically, Bakkila was “gaslighting” Dunn – messing with her mind to the point that Dunn started to think she was crazy. That’s some Norman Bates insanity right there.

In an attempt to “clarify some details,” Bakkila has released a public statement about what went down between him and Dunn:

I apologized to Gaby privately on Wednesday, and I’m only responding publicly to clarify some details. To be unambiguous: The blame is 100% mine, I was wrong, and I’m sorry. I lied to a journalist because I was nervous and fearful, information we’d kept secret for years was leaking and it was just an emotional reaction.

People were calling Tom’s private line, wanting to know more about Pronunciation Book, and tracking him down in real life. We felt like we were under siege, and under these conditions, it was harder and harder to ignore people, and so we tried anything to just get attention away from us. So I told an initial lie, just to keep the press off our back for a little while. As lies often do, the initial lie demanded more lies to justify it.

Ultimately, it was a crazy week, and a lot of the response has been emotional as a result, both good and bad and simply confused. I hope that my apology helps people who were hurt by this, and I ask that people who loved the launch/H_e/everything don’t troll those who do not, I really don’t want this to be some low-level flamewar. I imagine, like was said earlier, that no one will give a crap about this next week.

For the TL;DR crowd, Bakkila basically says he was nervous about being outed, and gaslighting Dunn was an “emotional reaction” to the stress he and his partner Tom Bender were under during the course of the experiment.

Okay, guys, whatever. I’m still not giving you $7 for your weird online game. Also: maybe don’t mess with journalists’ brains in the future, I’m just saying.