This Season of BBC’s Merlin Will Be Its Last. But Maybe That’s For the Best? 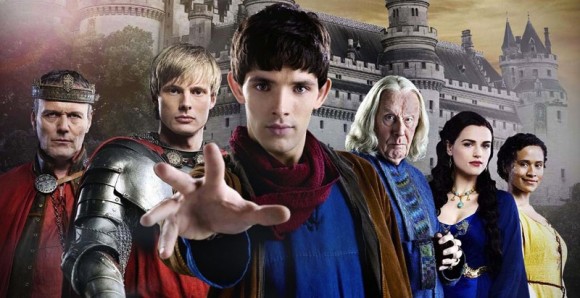 Sad news, Merlin fans: The current season of the hit BBC show, season five, will be its last. There will be a two-part finale around Christmastime that, says the BBC, will bring the show to a “natural and dramatic end.” And then… nothing.

My first reaction to this was to scream unto the heavens (in a restrained, office-appropriate way, of course), “BBC, you big dollop-heads!” But then I started thinking: Maybe this is good. The show’s kind of gone off the rails lately, hasn’t it? Perhaps it’s better just to end it.

This season in particular has seen Merlin spinning its wheels more even than it did in season four, with Morgana being the same old villain she’s been for like three seasons now, yet another “there’s a mole in Camelot and Merlin and Gaius know about it but they can’t convince Arthur because he really trusts whoever it is, oh noes!” storyline (seriously, this is like the third one), and a return-of-Uther episode built on the premise that Arthur isn’t sure he’s cut out to be a good and just king, an insecurity that was thoroughly tackled last season.

Watching the last few episodes I’ve been thinking that they really need to do something, anything, to mix the show up *coughmagicrevealcough*. I didn’t think that they’d just end it, though according to original show creators Johnny Capps and Julian Murphy that was always the plan after five seasons:

This is the series where the storylines truly reach their apex. We always felt the story of the legend was best told across five series, leading to a spectacular finale that draws on the best known elements of this much-loved story and brings to a conclusion the battle for Camelot.

So that’s that. I’m guessing that Merlin’s magic will be revealed to Arthur in the finale (if it isn’t, BBC, we will have words) and that Arthur will die, likely at the hands of Mordred. (“Best known elements of this much-loved story” and all that.) But it’s entirely possible that the BBC will pull some wizardry (ba-doom-tiss) and spare the Once and Future Prat somehow. (Merlin’s insult, not mine.)

But there’s a small silver lining: It’s being reported that there’s a possible spinoff in the works, albeit one without Capps and Murphy. OK, so maybe that’s not good news. Unless that spinoff is something along the lines of “The Madcap Adventures of Gwaine and Percival.” Because I would watch the [expletive] out of that.