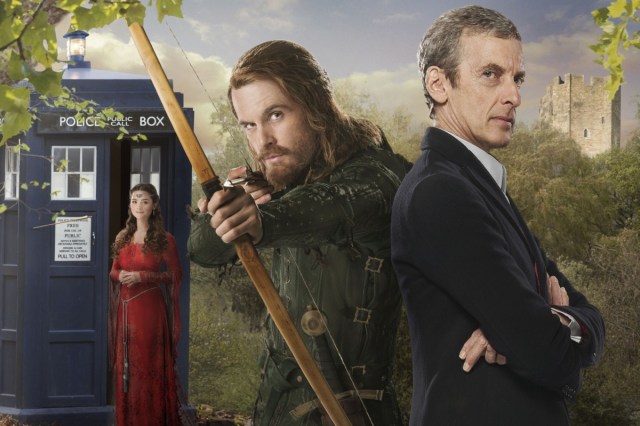 This Saturday’s episode of Doctor Who, “Robot of Sherwood,” has been altered by the BBC for broadcast after a scene too closely resembled tragic current events.

The episode, written by Mark Gatiss and filmed back in February, involved a scene between Robin Hood and the Sheriff of Nottingham, in which a character is beheaded. A spokesperson from the BBC said,
“In light of recent news events, we have made an edit to episode three out of respect.” Radio Times puts the poor and problematic timing of this scene into perspective quite succinctly:

On 19 August, militants from the IS insurgent group uploaded a video to YouTube entitled “A Message to America” that showed a masked man murdering American journalist James Foley by decapitation. A second similarly gruesome video emerged on 2 September showing the death of another US journalist, Steven Sotloff. The group have threatened to kill a third hostage, a British man who RadioTimes.com will not name at the request of his family.

Of course, this comes just days after the folks at Sleepy Hollow issued a retraction for their “Headless Day” promotion for the first season DVD set. Let’s just not joke about beheadings for a while, entertainment, okay? Okay.