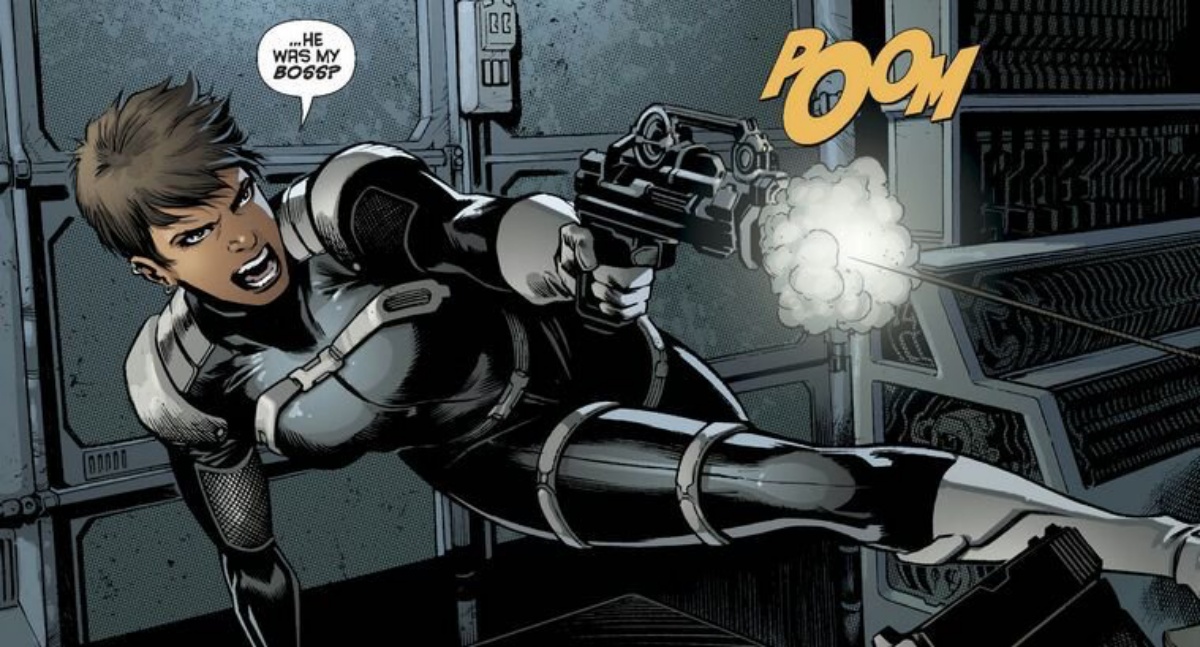 Last week, I wrote about the fact that Julia Pennyworth, a character that is mixed-race and visibly Black in the comics, was played by a white actress in Batwoman. In my piece, I questioned why the change was made, and writer Chancellor Agard from Entertainment Weekly brought up this question in an interview with Batwoman showrunner Caroline Dries. Her explanation for the choice … is kind of weak.

EW: In the comics, the current incarnation of Julia Pennyworth, who appears in the most recent Batwoman series, is depicted as mixed race. Here, was there a specific reason why you chose a Caucasian actress for the role?

CAROLINE DRIES: Yeah, we stressed about that a lot. And the reason is we knew we wanted a character to come in [and] put on the Batwoman suit so we could fool Sophie, and we also fell in love with the idea of using Julia Pennyworth. Then when we realized that Sophie would not be fooled by a mixed race Batwoman, we were like, “Oh s–t, you know, but we decided just to own it and go with it anyway.”

EW:Before settling on Julia Pennyworth, did you consider creating a new and different character who could masquerade as Batwoman, or was there something specific about Julia Pennyworth that made you excited about bringing that character into the show?

DRIES: We were really excited about Julia because she exists in the cannon and because we wanted to introduce this idea of: Alice gets that serum from this woman named Safiyah, and that’s what Julia is in Gotham dealing with. We kind of just wanted to plant the seeds of that, so it made perfect sense for us that it would be Julie Pennyworth. We wanted also just to enhance Kate’s backstory a little bit, and being so early on in the season [and] series still, just kind of adding to the depths of the Bruce Wayne connection to Kate and stuff like that. So it made sense it was someone sort of in both the Batman and Batwoman lore.

So … it made sense to use Julia Pennyworth because the character worked, but her race didn’t? Cool, cool, cool. I just think this reeks of laziness on the part of the writers. With all the technology we have in these fictional universes and all the times Diggle has pretended to be Oliver on Arrow, this doesn’t even make sense. Not to mention, there are so many white-passing mixed race women of color that I just have to laugh about this explanation. I wish it was stronger, or at least more thoughtful than, “it didn’t work for this one bit we had in mind, so we threw it out.”

What I find funny is that whenever a character is changed from white to another race, most of the time Black, we are told that “if a Black character were turned white, cats would lie with dogs and the rivers would run red with blood.” And yet, Batwoman did that, and it happened with not even a whimper. Yes, we brought it up here, but the race bending issue was largely ignored by the rest of the internet. It’s almost as if people actually don’t care.

I avoided the comments on my initial article mostly because I saw the number alone, plus I got the emails and DMs. (You’ll be sad to know that I have been way to colonized by the British within my ancestry to ever be affected by being called the c-word. Good try tho). Then, after doing a quick Google, I saw the Youtube videos that have spawned from it.

All I’m going to say is this: a part of me, when I got some of the hate mail and stuff, thought, Well what if I just do an honest breakdown of the differences that make that a false equivalence and why it matters, etc.? Instead of calling them names back, what if I just do that work? But the reality is that work has been done, by myself and others. Even if I am frank and honest and bring history into it, I will always be an “SJW,” and that’s the end of it, to the people who make this argument—which is unfortunate, because that moves the conversation nowhere.

Saying it’s hypocritical to be pro-race bending when it adds more people of color, but not when it erases people of color, is just not true and only makes sense if you ignore all context. It’s just intellectually dishonest and makes it sound like we (POC) are playing on the same playground. We are not, and no matter how nicely I say it, no matter how many examples I give, no matter that even if I break down that most race bending doesn’t even help POC anyway, it will not change the narrative. I wish it would, because a lot of the time, what makes these arguments so frustrating is that it removes the ability for there to be legitimate grey areas. Oh well. It used to be something that made me sadder, but now it is just, sadly, part of talking about these things on the internet.

Batwoman didn’t race bend Julia Pennyworth for any thoughtful reason; they did it because it was convenient. What was especially interesting was that, in reading a recap of the episode to see if the race bending was brought up, what I did see is that everyone hates Sophie (omg shock) and everyone is saying how much instant chemistry Julia had with Kate. I couldn’t help but wonder if they would have felt that way if Julia had been a mixed-race woman, as she was in the comics.