Um, This Julia Pennyworth Casting Choice In 'Batwoman' Is ... Wrong | The Mary Sue

Um, This Julia Pennyworth Casting Choice in Batwoman Is … Wrong 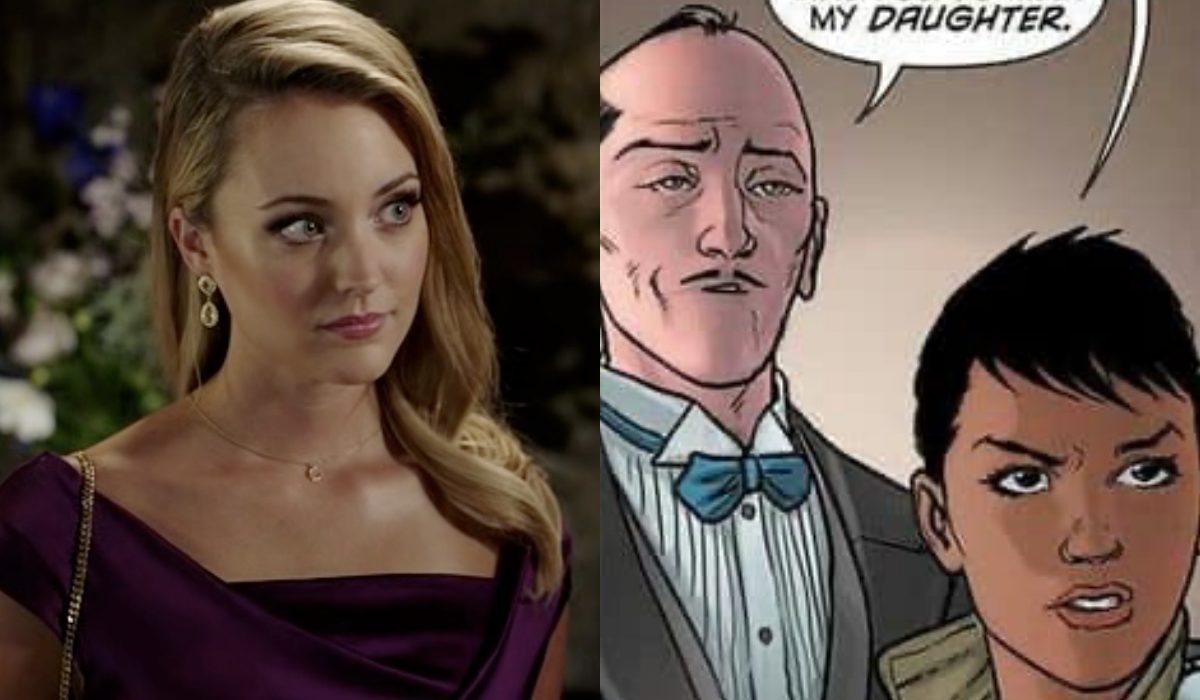 Yesterday, Entertainment Weekly released images of Christina Wolfe (The Royals) as Julia Pennyworth, daughter of Alfred Pennyworth, and I felt my eyebrow tweak a little bit because, as I recall, the New 52 established that Alfred’s daughter was half Black, and visibly Black at that. A quick Google search showed that I was correct in this, and I’m not amused in the slightest.

I did a little digging, and yes, at one point, another version of Julia Pennyworth did exist. The character was first created by Gerry Conway and Don Newton, in Detective Comics #501, under the name Julia Remarque. In that incarnation, she was a white woman, and her mother was a woman named Mademoiselle Marie, and the character was another non-metahuman reporter (just what the DC world needed, I guess.) This version of Julia was erased from existence following the collapse of the original Multiverse in the 1985–86 Crisis on Infinite Earths limited series. Therefore, the version from the New 52 is the correct canonical incarnation of Julia Pennyworth.

The “Prime Earth” Julia Pennyworth first appeared as part of the New 52 DC Universe in Batman (Volume 2) #28 and was created by Scott Snyder and James Tynion IV. She and Alfred have a distant relationship, and part of her early introduction is reconciling with her father and becoming a part of the Bat-Family. Now, you might think, Well maybe since there are multiple versions of the character, this show is playing with a different version of Julia? Well, nope, because when you look at the description of this incarnation of Julia on EW, they are pulling from the Snyder/Tynion version:

In the comics, Alfred and Julia are initially estranged; however, Julia ended up working with the Bat-family when her father is injured. From there, Julia went on to aid Batwoman in her pursuit of the terrorist organization called the Many Arms of Death in Marguerite Bennett, James Tynion IV, and Steve Epting’s Batwoman comic series. It’s worth noting that Sunday’s Batwoman episode will also introduce the Rifle (Garfield Wilson), a character also associated with the Many Arms of Death in the comics.

In the comics, it is the half-Black version of Julia that has a working relationship with Kate Kane, and it is also hinted that Julia could be queer and finds Kate attractive. According to EW, in the show, Julia will have a “complicated past with Kate Kane, which impedes her mission as the two set sights on the same target.” So they can take this version of Julia Pennyworth’s origins, storyline, and relationships, but can’t cast someone who resembles her? On a network with a messy history of diversity?

My only question is … why? I mean it’s not like The CW is so drowning in Black talent that they couldn’t afford to add a canonically Black character into the show. This reminds me a lot of what happened with Conner Hawke on Arrow, and I disliked that then, and I dislike it now. They read the source material, saw this was a woman of color, and cast a blonde white woman anyway? Not a good look, Batwoman team.