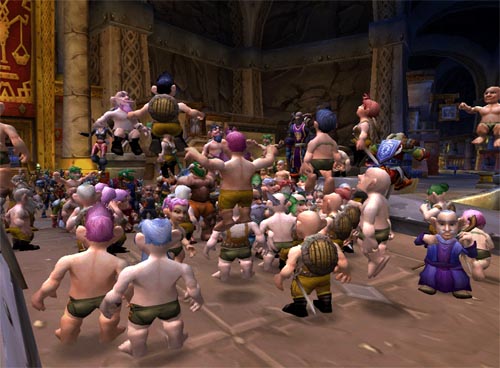 Blizzard announced today that its ongoing revamp of the Battle.net service will introduce one pretty scary optional feature: Facebook integration.  Battle.net is the online matchmaking service that has grouped up players of Starcraft, Warcraft, and Diablo games for thirteen years.  It received a major face lift last year, in preparation for taking an even larger role in the lives of Blizzard’s players.  The new service will basically be a gaming social network the likes of Xbox Live, or Steam, instead of just a tiered matchmaker.

From the official press release:

For now, the only announced features of this merger of two of the modern world’s greatest devourers of free time is that you will be able to automatically import the info of your Blizzard-game-playing Facebook friends.  The new features of Battle.net will launch first with the Starcraft II: Wings of Liberty.  World of Warcraft is expected to become compatible with it when the Cataclysm expansion reaches stores.  One might expect that features will eventually include being able to publish your Starcraft II, Diablo III, and World of Warcraft: Cataclysm activities seamlessly to your Facebook feed.  Time to spam-back everyone I know who plays Farmville.

Of course, involving your Facebook friends in your late summer descent into full Starcraft II obsession will be entirely voluntary.  In the meantime, do NOT confirm any friend requests from Z. Rush.  Trust me.