This Is What Batman Looks Like Fighting A Dinosaur 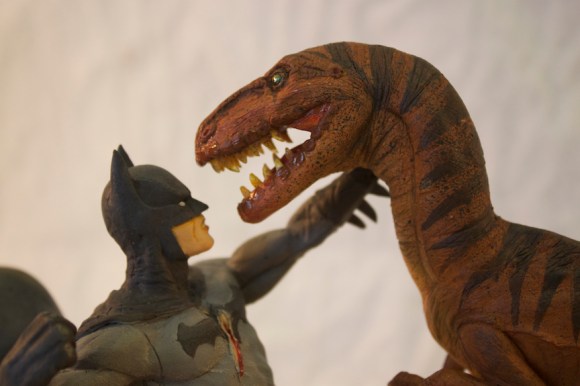 Artist Jesse Farrell admits his dinosaur sculpture is more like a deinonycus than a velociraptor. Honestly, we couldn’t care less what the exact type was – Batman is fighting a dinosaur!

Farrell also said he cheated a bit on the anatomy and left out the feathers the dinosaur probably had but to me, alls fair in Batman and dinosaurs. “You may notice the dino has drawn first blood,” he wrote. “I like the think that’s the last strike it got in before extinction.” 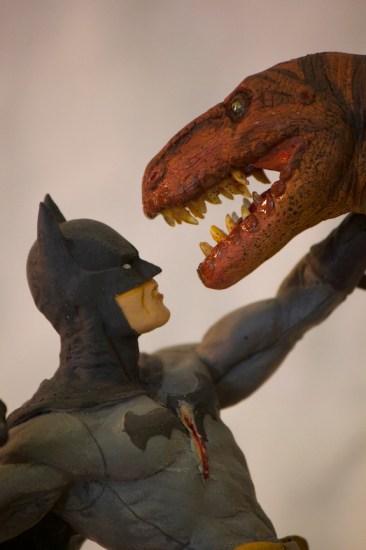 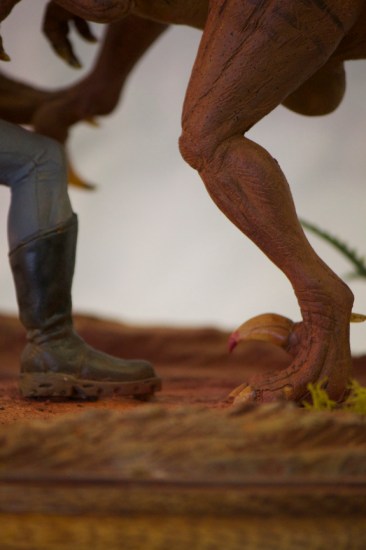 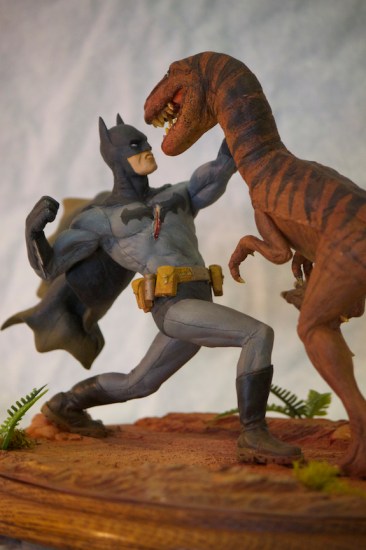 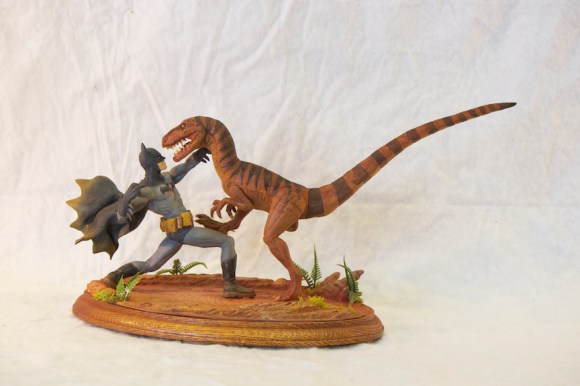 And here’s the original sketch he did for comparison. 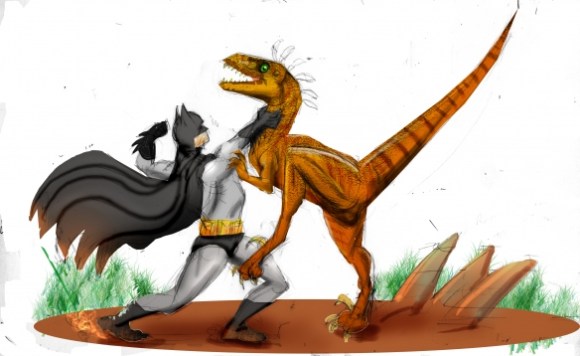 Check out the artist’s site for more fun sculptures including Shaun of the Dead, another neat Batman, and Kermit the Frog!