Rumor: What Superman Villain Could Be Making an Appearance in Batman v Superman: Dawn of Justice? 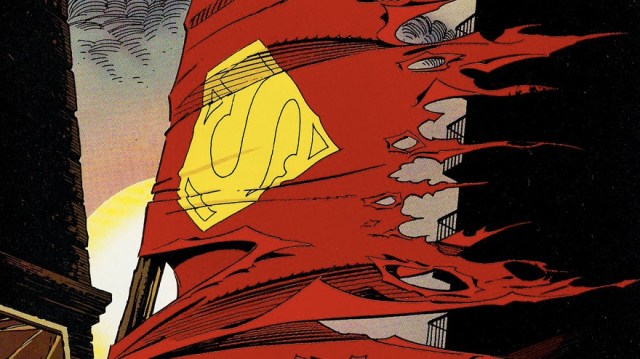 Rumors about Batman v Superman: Dawn of Justice just keep on coming. Almost like some kind of unstoppable monster that just keeps coming. The latest rumor—and it is just a rumor at this point—could see Superman face one of his toughest foes. So who could we see?

If the Death of Superman cover image didn’t give it away, we’re talking about Doomsday.

Bleeding Cool claims to have a sources on the inside that have seen character designs for Doomsday attached to Batman v Superman, which means we could be getting Batman v Superman v Lex Luthor v Doomsday v A Bunch of Other Villains: Dawn of Justice if all the rumors we’re seeing turn out to be true.

The inclusion of Doomsday would tie in kind of nicely with an earlier rumor we saw from Latino Review about Senator Amanda Waller being in the movie with some grand plan to protect the world from Superman.

Again, let’s be clear: these are still just rumors.