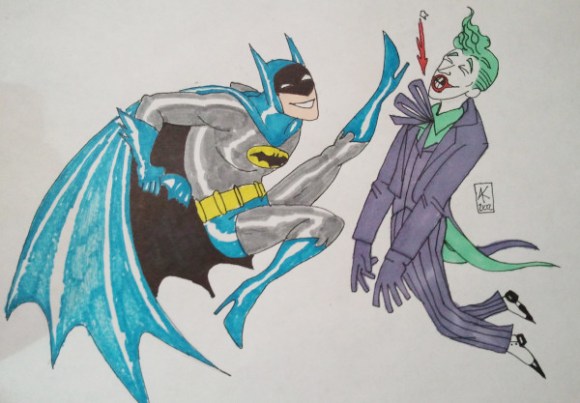 Sometimes my mind goes on tangents, I can’t help it. More often than not, my mind goes on tangents about Batman. Thanks to a conversation on Twitter last week (that began by discussing the spiked heel choice for Anne Hathaway’s Catwoman in The Dark Knight Rises) I issued a challenge to my artist friends: Batman fighting in stilettos. Because well, if she were trained to fight in them, and Batman notoriously prepared for any scenario, that means he should be able to fight in them too. Here now, for your viewing pleasure, are a few select illustrations I received.

Here is the tweet that prompted me to put forth the challenge. 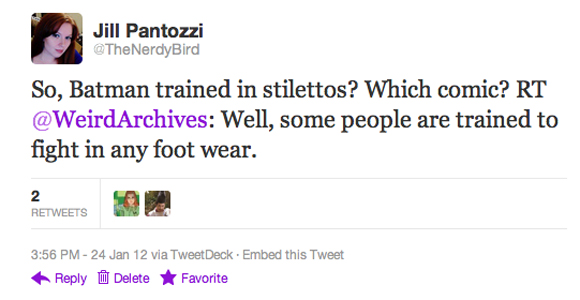 The top pic of Batman fighting the Joker is by Twitter user @Kapellusch but below was the first official entry into the challenge. 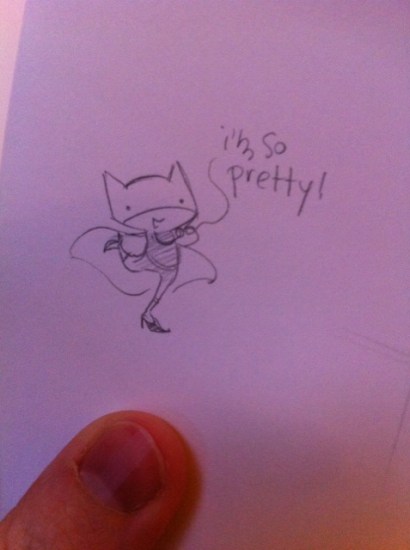 A good friend and popular artist, Katie Cook, got the ball rolling. She also gave us another adorable take. (Check out her original webcomic, Gronk!) 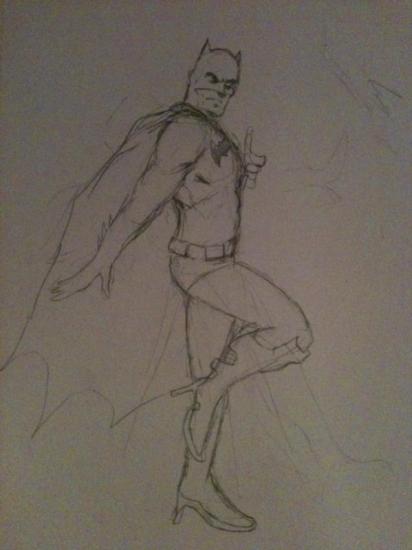 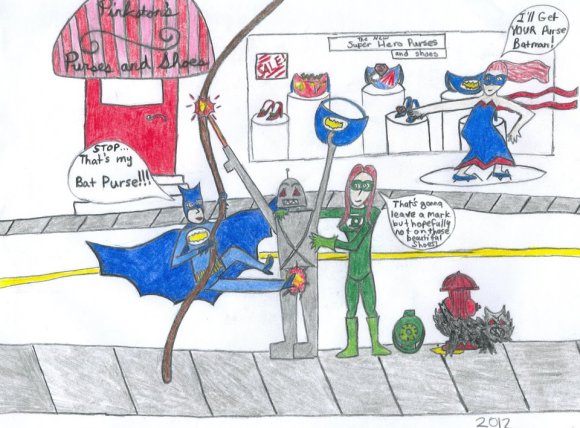 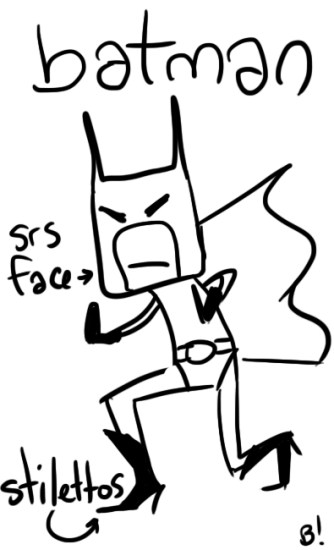 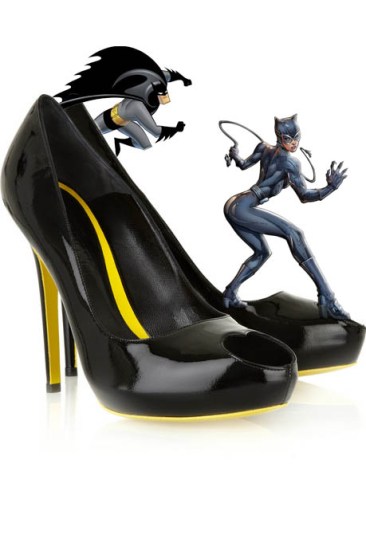 This one by Lance Dean, @TwoCooksBooks, was not exactly what I had in mind but it definitely made me chuckle. 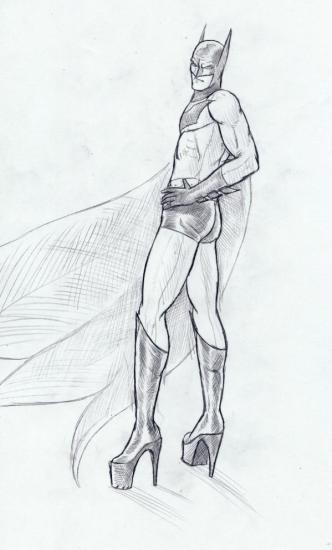 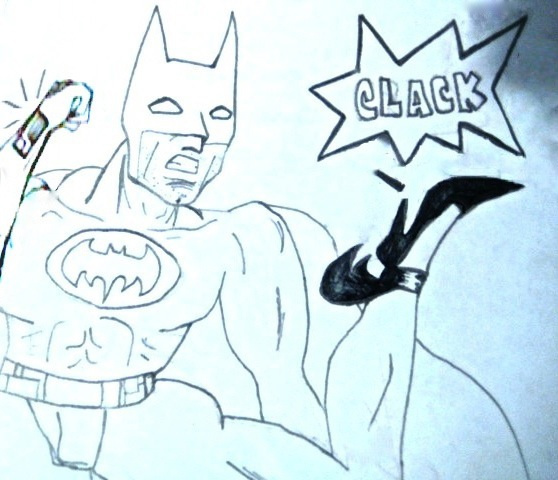 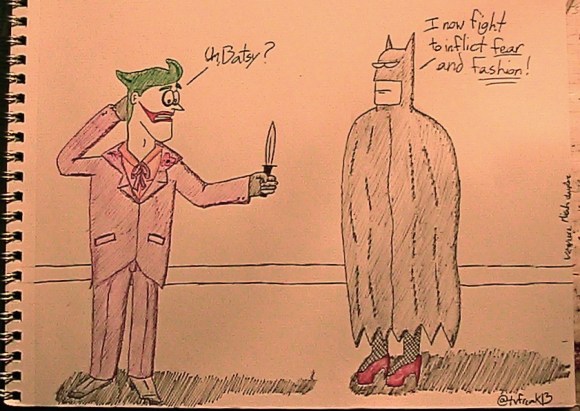 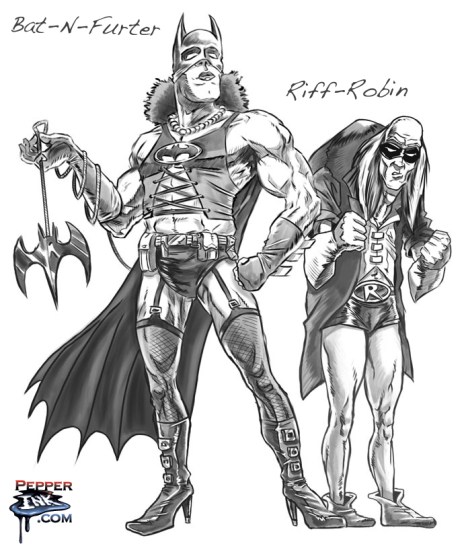 And finally, a Rocky Horror-inspired entry from arist Eric Maruscak (who’s famous for his superhero chalk murals at conventions).

Thank you for everyone who took the time to play along with my experiement (and sorry I couldn’t include all of them). What’s interesting to note is how many of these illustrations are in fact, not, of Batman actually fighting in the heels. Granted, my intentions may have gotten misconstrued when some saw tweets that simply read Batman in heels or Batman in stilettos but still, the fact remains, it’s not something one would often connect with crime fighting.

Do I think walking, running, superhero-ing etc. is impossible in heels? No. Obviously it can be done but would that be the first choice in footwear for an active superhero/villain? I think I’ve already answered that question.