Why is no one thinking about Trump's feelings? 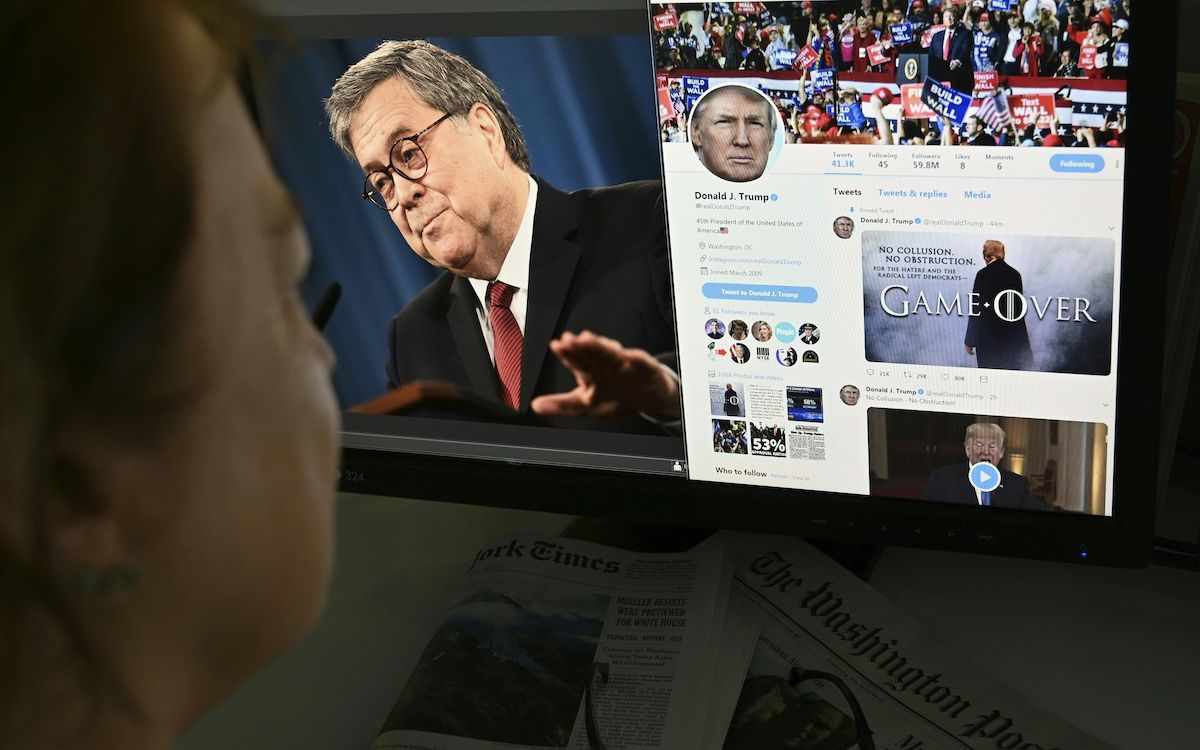 It’s the day we’ve been waiting for! The day when William Barr stands up and tells us all how hard this has been for Donald Trump.

Okay, Barr did release a redacted version of Robert Mueller’s report to Congress and to the public (as well as a mostly unredacted version to select congressional leaders) about an hour after he gave a press conference which appeared to have the sole intention of pre-defending Trump. During that press conference, Barr repeated previous statements that Mueller did not find evidence that Trump, anyone on his campaign, or any other American colluded with the Russian interference into the 2016 presidential election.

As for obstruction, in Barr’s initial summary, he said that Mueller’s report “does not conclude that the President committed a crime, it also does not exonerate him.” Today, he told reporters that he “disagreed with some of the Special Counsel’s legal theories,” though, not yet having the report in hand, the press had no way of knowing which theories he was talking about.

How would the stories have been different three weeks ago if we had known that Barr didn’t indict Trump because he “disagreed” with Mueller’s “legal theories”?

Just like with his initial report, Barr’s statements today allow the media to choose the framing that best fits the narrative they were already going to go with.

Fairly interesting clash of web headlines between the Times and the Post. pic.twitter.com/2mKnxYuCQ9

But Barr’s own narrative was clear. When speaking to the press, he didn’t sound like the Attorney General, he sounded like Trump’s personal attorney. His goal appeared to be defending Trump, rather than discussing the investigation unbiasedly.

My independent voter focus group of one (husband) just called me from his commute to say, “He sounds like Trump’s fucking lawyer!”

Barr is now issuing what amounts to a White House press release. Even if these are his heartfelt views, this will be seen as deeply inappropriate. The point of Mueller was that he wasn’t hired by Trump.

It’s a disgrace to see an Attorney General acting as if he’s the personal attorney and publicist for the President of the United States.

Barr even went so far as to tell reporters that we need to look at the “context” of Trump’s actions which could be considered obstruction of Mueller’s investigation. He said that “as the Special Counsel’s report acknowledges, there is substantial evidence to show that the President was frustrated and angered by a sincere belief that the investigation was undermining his presidency, propelled by his political opponents, and fueled by illegal leaks.”

Sure, maybe some of his actions were obstructiony, but he was really frustrated!

On obstruction, the attorney general openly defends the president’s motives, saying his acts must be viewed “in context” that he was under attack by “the media” and there was “no collusion,” so he was “frustrated.”

Turns out Johnnie Cochran didn’t even need to say the gloves didn’t fit! He just needed to say that OJ was sincerely frustrated.

Barr, of course, denied that he was serving Trump more than the American people, or that he was offering a skewed perspective of Mueller’s findings.

REPORTER: Is it an impropriety for you to come out and sort of spin the report before people are able to read it?

Trump was back on his usual BS.

And Democrats are already making it clear that they’re not taking Barr’s word (or his redactions) at face value.

It is clear Congress and the American people must hear from Special Counsel Robert Mueller in person to better understand his findings. We are now requesting Mueller to appear before @HouseJudiciary as soon as possible. pic.twitter.com/Mmo6PA4KPt