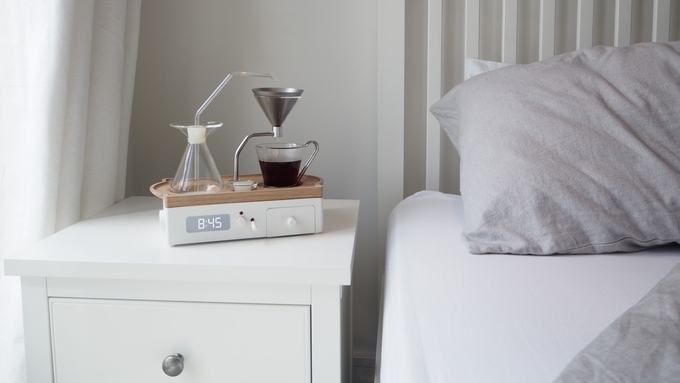 Does the idea of waking up to the smell of freshly brewing coffee or tea sound overly appealing to you? Well, fortunately there’s a company out there who wants to appeal to the idea of us all waking up a little more pleasantly–and they’ve got a Kickstarter to fund the goal.

The Barisieur is being described as a “designer coffee and tea alarm clock”, and its purpose is to not only serve as a form of aromatherapy as the tea or coffee sits in its designated little drawer, but also wake you up when it starts to brew at a specific time in the morning.

This might do slightly better than the idea Michael Scott had of keeping the George Foreman grill by his bed so he could wake up to the smell of crackling bacon–but if you’re one of those people who tends to lunge blindly in the direction of your alarm, you might want to put this one out of arm’s reach.

The Kickstarter hasn’t been successfully funded yet but if you want one, it’ll put you back about $336 dollars for now. There’s no news yet on whether or not the retail price will drop once it heads to stores–but I’m convinced this is in our future because let’s face it, this is a genius idea and I’m surprised no one had patented it sooner.