Bar Blocks Phone Signals so Customers Have to … What, Talk to Other Humans? 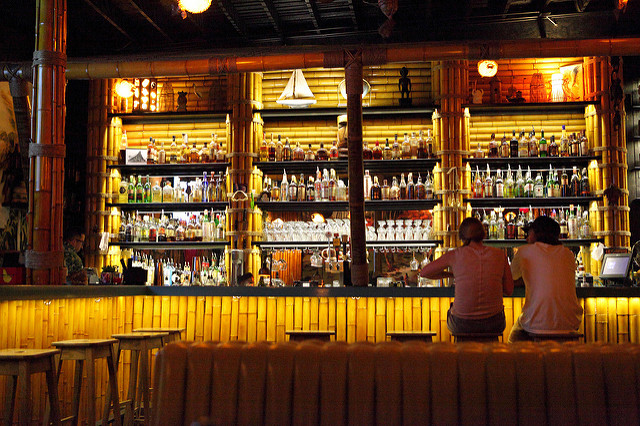 The smartphone has become an extension of the modern human being. We’ve even been known to have separation anxiety when we’re apart from our phones, to the point where just having them—not even using them—makes us feel better. That’s lucky for the UK’s Gin Tub, a bar that hasn’t banned phones themselves but has managed to block their use.

Gin Tub proprietor Steve Tyler doesn’t want his customers distracted from their in-person human interaction by all the online human interaction they’re using their phones for, so he essentially constructed a Faraday cage around the bar to block cell signals. Tyler told the UK’s Sky News, “A Faraday cage is a tin box that prevents signals from coming in. I just wanted people to enjoy a night out in my bar, without being interrupted by their phones. So rather than asking them not to use their phones, I stopped the phones working.”

Tyler constructed his Faraday cage the way any good technophobe would: out of foil (and some copper mesh). The foil, in this case, is silver foil and more effective than your standard-issue tin foil hat, but not quite so effective as to jam signals altogether, as Tyler admitted, “The Americans are still listening. But the general public get poor signal or no signal, so they have to go outside to use their phones.” (Sadly, he’s really missing out on a paranoia-centric marketing scheme by admitting that one.)

He also mentioned the difference between interacting with people in-person versus the people on your phone, so at least this isn’t coming from the phone-shaming logic that using the Internet isn’t being social. That understanding might not help Tyler much, because “terrible service” isn’t a great review for a bar no matter what definition of the word you’re using.