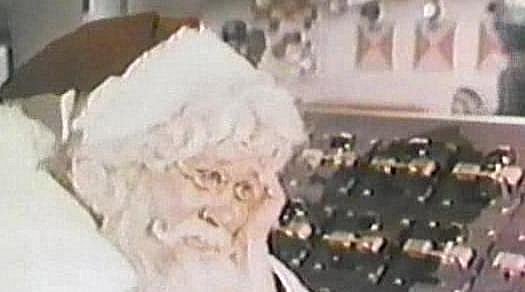 From the New York Times comes an article on how even mall Santas are having to step up their game in hard economic times. And we don’t mean using limited seasonal pay to open pensions and 401(k) accounts. Although they do: the adult students of Charles W. Howard Santa Claus school look forward to training on everything from the best way to bleach your hair white, to supporting yourself on seasonal pay, to the history of the modern idea of Santa Claus. But lately, according to the Times, they’ve been swapping stories on how to prepare children for not getting everything they want on Christmas morning, prompted by the worried, pleading looks of their guardians.

Santas here tell of children who appear on their laps with lists that include the latest, most expensive toys and their parents, standing off to the side, stealthily but imploringly shaking their heads no. On the flip side, some, like Fred Honerkamp, have been visited by children whose expectations seem to have sunk to match the gloom; not long ago, a boy asked him for only one item — a pair of sneakers that actually fit.

“In the end, Santas have to be sure to never promise anything,” said Mr. Honerkamp, an alumnus of the school… He has devised his own tale about a wayward elf and slowed toy production at the North Pole for children who are requesting a gift clearly beyond their family’s price range. “It’s hard to watch sometimes because the children are like little barometers, mirrors on what the country has been through.”

Some Santas say they now feel a larger obligation to speak up in the face of giant, expensive wish lists, an obligation to lower expectations in a way that only Santas (not parents) can get away with. At least one Santa, Gary Christie, had devised a specific routine for talking children out of their demand for an iPod or the like.

Some Santas have had to find solutions for even tougher requests: when children ask them to bring their parent a job.

(Yes, the top pic is from Santa Claus Conquers the Martians. I had to try and bring some levity into this post.)