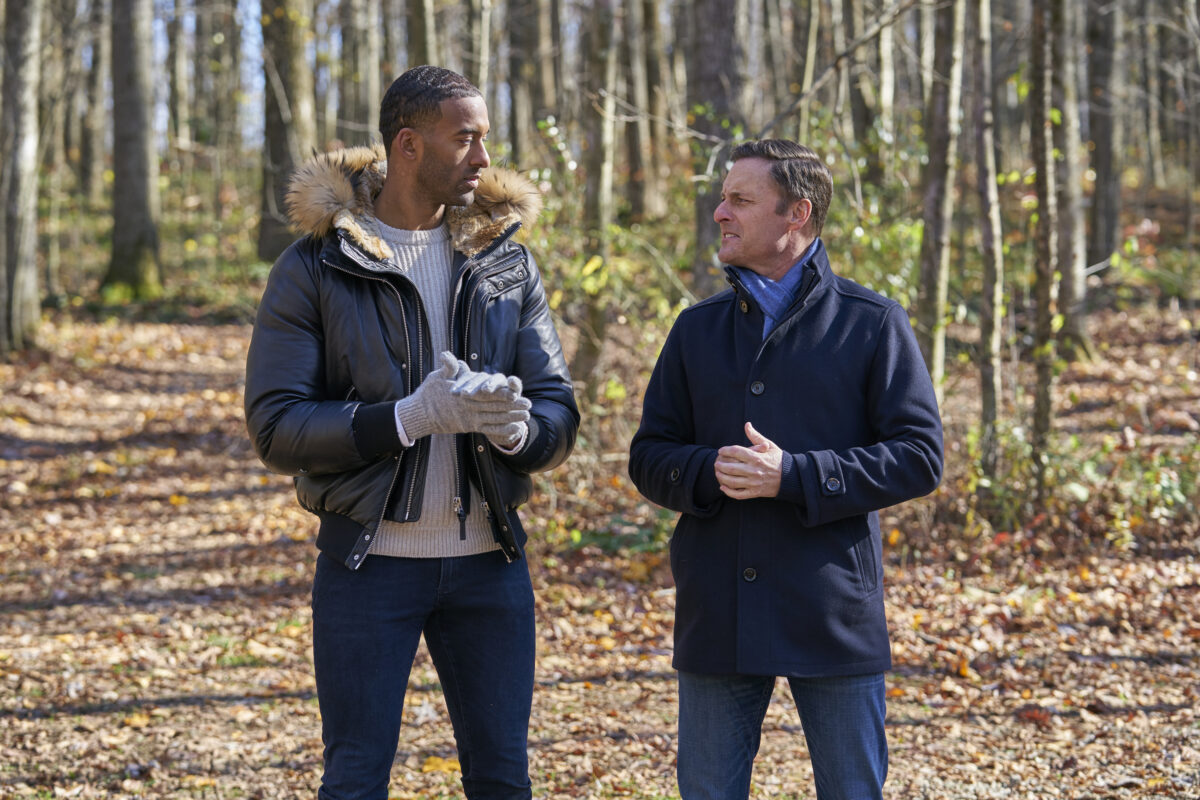 Now that The Bachelor is seeing its first-ever Black bachelor, some issues that may have gone unnoticed for the last 24 seasons are finally coming to the surface of the show.

Host Chris Harrison faced some harsh (but not undeserved) backlash last week over an interview with past star Rachel Lindsay, the first Black woman to ever lead the spinoff The Bachelorette. During the interview, the two discussed photographs that surfaced on Reddit showing current fan-favorite Bachelor contestant Rachael Kirkconnell attending an antebellum plantation-themed fraternity formal in college, as well as photos of her dressed in a costume appropriative of Native American culture, also apparently from her college days. Her “likes” were also reportedly heinous, faving images including the Confederate flag.

In defending Kirkconnell, Harrison tried to lean on the idea that it was a different time when these photos were taken, all the way back in 2018.

Harrison tried to claim that in 2018, people weren’t tuned in to the racial connotations of things like an antebellum-themed party, which simply isn’t true. Maybe he wasn’t, maybe a lot of white people weren’t. But he cannot claim that it wasn’t part of the general consciousness in this country. By doing so, he only makes clear who it is he has seen as being worth listening to, and which ideas he might have considered fringe.

Moreover, he used phrases like “woke police,” which is just an immediate disqualifier from being taken seriously in these sorts of conversations.

Harrison (and/or his corporate overlords) has heard the criticism, and issued an apology for not just his words, but the racist thinking behind them.

“By excusing historical racism, I defended it. I invoked the term ‘woke police,’ which is unacceptable. I am ashamed over how uninformed I was. I was so wrong.”

He has also announced that he is “stepping aside for a period of time” and while most if not all of the current season has likely already been filmed, he will not return for the “After the Final Rose” special.

“This historic season of The Bachelor should not be marred or overshadowed by my mistakes or diminished by my actions,” Harrison writes.

As far as celebrity apologies go, this is a solid one. There is no “I’m sorry you felt this way” nonsense–just unequivocal statements of remorse. Of course, now it’s on Harrison to do the learning and growing he says he wants to do, and it’s on the network and producers to apply these lessons to their own work. (via Variety)

What did you all see out there on this sweet Galentine’s Day?

(image: ABC/Craig Sjodin)
Want more stories like this? Become a subscriber and support the site!