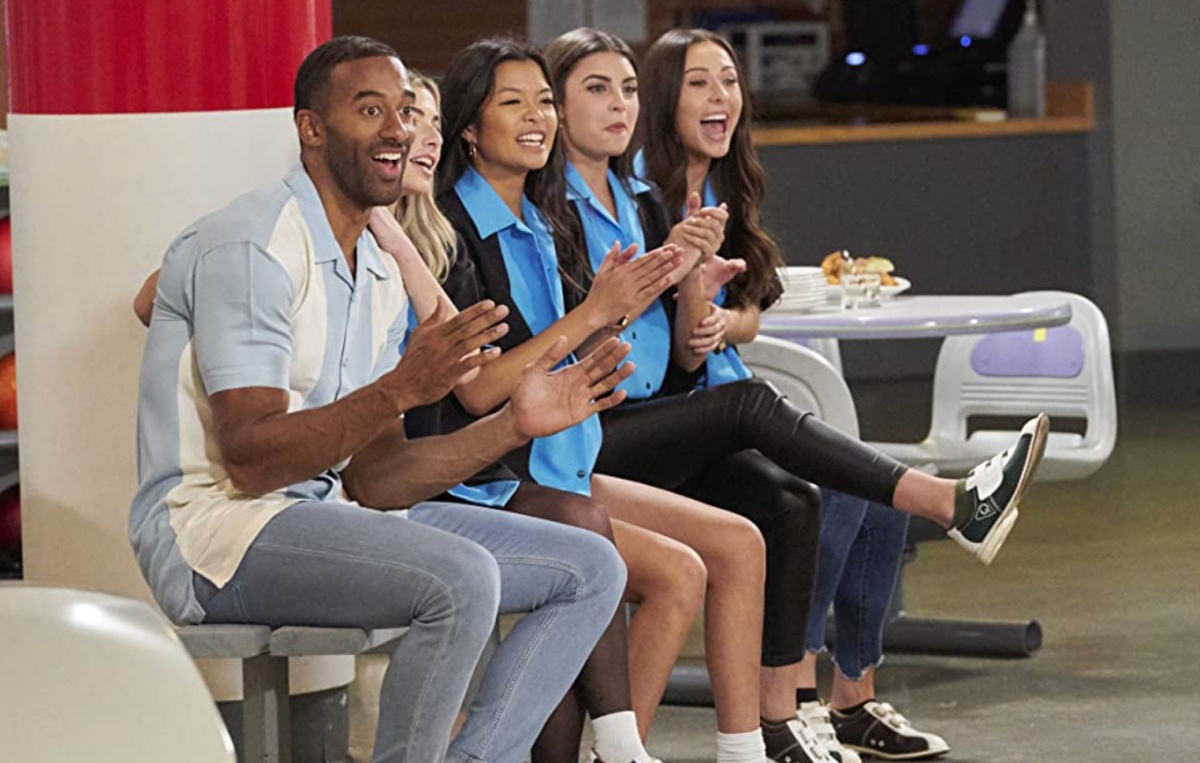 Host Chris Harrison has been forced into the hot seat because of The Bachelor contestant Rachael Kirkconnell’s pictures showing her antebellum plantation-themed fraternity formal in 2018.

According to Yahoo, photos emerged of the 24-year-old contestant attending an antebellum plantation-themed fraternity formal in 2018. TikTokers also went on a deep dive, looked up her voting record and that of her parents, as they appeared to support former President Donald Trump.

This has been made even spicier because Rachael Kirkconnell is the frontrunner and current fan-favorite to be picked by Matt James, the first Black Bachelor the show has had in its almost two-decade run.

James made a rare statement to Entertainment Today about the allegations.

“I have not spoken to anybody since the show ended, but I would say that you have to be really careful about what you are doing on social media,” Matt said. “Rumors are dark and nasty and can ruin people’s lives. So I would give people the benefit of the doubt, and hopefully she will have her time to speak on that.”

He added: “There’s a lot of stuff going around about the women that were involved in the show. I would just give them a chance to kind of have their piece, whether that is someone who was gone night one or someone who went home last night. Everyone has a story, and I would just be receptive to that.”

Look, I can’t speak to what is in people’s hearts, and frankly, can’t say I care. What I can say is that by 2018, we had been having conversations about antebellum culture being an issue. Every few years, we discuss whether Gone with the Wind is racist. In 2018, we were in the Trump presidency, had the “shithole country” comment, Black Panther came out, and the mass shooting at the Tree of Life synagogue happened.

All this to say that we were already in a “woke” Black Lives Matter place when the pictures took place, and that makes Harrison’s defense of Kirkconnell odd.

“I haven’t talked to Rachael about it,” Harrison said during an interview with former Bachelorette, Rachel Lindsay, the first African-American Bachelorette.

“We all need to have a little grace, a little understanding, a little compassion. Because I have seen some stuff online — this judge, jury, executioner thing where people are just tearing this girl’s life apart and diving into, like, her parents, her parents’ voting record. It’s unbelievably alarming to watch this. I haven’t heard Rachael speak on this yet. Until I actually hear this woman have a chance to speak, who am I to say any of this? I saw a picture of her at a sorority party five years ago and that’s it.”

“That’s it,” huh? Well thankfully Linday pushed back against that:

“It’s not a good look ever because she’s celebrating the Old South,” Lindsay explained. “If I went to that party, what would I represent at that party?”

“My guess? These girls got dressed up and went to a party and had a great time, they were 18 years old. Now, does that make it OK? I don’t know Rachel, you tell me,” he said. “Were we all looking through [that lens] in 2018?”

Um … yes. We literally dragged Ryan Reynolds and Blake Lively for getting married at Boone Hall Plantation in 2012. Just because it didn’t matter to those young white people, doesn’t mean it wouldn’t matter.

Harrison has since published a statement on Instagram apologizing and asking to give Kirkconnell some “grace.”

It is possible to give people grace while also asking them to be accountable. Kirkconnell may not have understood the issue at the time, but now at 24 on a show trying to marry a Black man, I think it is perfectly valid to ask what she thinks of that now and whether she understands the problem.

Has she changed since then? That’s the question, and I think it’s a valid one.