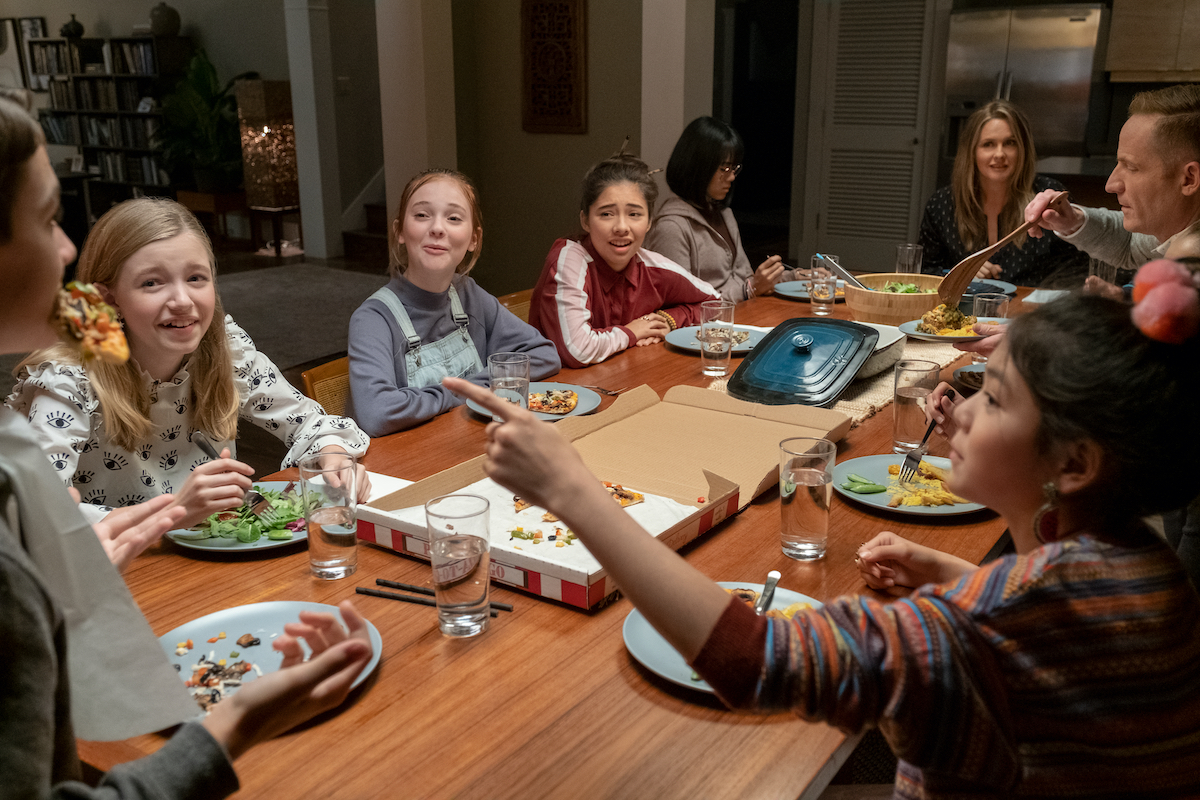 Progressive reboots have become one of the ways for people to take an old intellectual property, dust it off, and resell it as something for the modern era.

From The Wonder Years to Charmed to Anne of Green Gables, sometimes these changes can be excellent, allowing for new interesting stories to be told. Other times, it becomes a shallow way for white creatives to profit off of diversity.

Netflix’s The Baby-Sitters Club is one of the few progressive reboots to get in right without feeling reductive.

It helps that the foundation of The Baby-Sitters Club was already built to be progressive. The original book series, created in 1986 by Ann M. Martin, a feminist and queer woman, was always intended to reflect real women and add diversity that was lacking in a lot of big series. The original lineup of the BSC included African-American ballet dancer Jessi, Japanese American artist Claudia, and Jewish American Abigail Stevenson, who comes in later, among the large group.

For a lot of Black and Asian readers, they picked up these books simply because they offered representation that was different from the model minority images they were used to seeing. My own mother had a large collection of the book series for that reason.

The 2020 adaptation added more diversity to the group by making Mary Anne Spier a Black biracial young girl and with Dawn Schafer was played by the Mexican-American actress Xochitl Gomez.

Not only is the main group more diverse, but the place in which they live is occupied by BIPOC people, young trans children, and even more possibilities than the original series could have done. What also works is that they have added diversity while keeping the escapism that makes the books fun across multiple age groups.

A lot is implied and done through style, the acting, and subtext in a way that is meaningful to me as an adult viewer and can speak subconsciously to children. I’ve spoken before about how much I feel seen by Mary Anne, but in season two, with more Jessi, it was really great to see a young, darker skinned ballerina and her Black family highlighted.

Plus, now Jessi is no longer the only Black member of the BSC.

The series has also been better about understanding and depicting neurodivergence, something the original book series did not excel at. Janine Kishi has been read by many as being an autistic character, and it is very rare to see women of color written that way, with the time taken to explore their own emotions.

It helps that behind the camera, “the team staffed the show with female directors and writers from a variety of backgrounds. Eight out of 10 episodes are directed by women, and all 10 episodes are written or co-written by women, including black, Latina, and Asian creatives.”

Diversity doesn’t automatically make something good. It is being able to turn that diversity into meaningful stories, with compelling characters that exist not just to educate non-POC, but to be living, breathing people who have their own stories to tell. The Baby-Sitters Club gets that, and that is why it succeeds