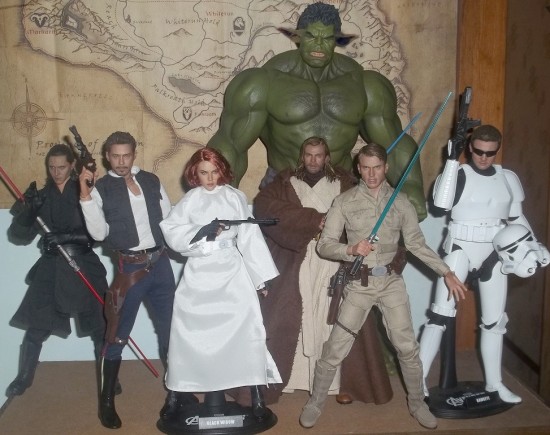 Although this costume swap with The Avengers and Star Wars Hot Toys by redditor OdoWanKenobi is a fun idea, we were thinking it’s sad Black Widow was relegated to pretty much the only woman available (especially when Leia doesn’t really fit with her character). Susana decided Black Widow and Hawkeye should really be the R2-D2 and C-3PO of the cast. You can guess which is which. Bravo on The Hulk though.