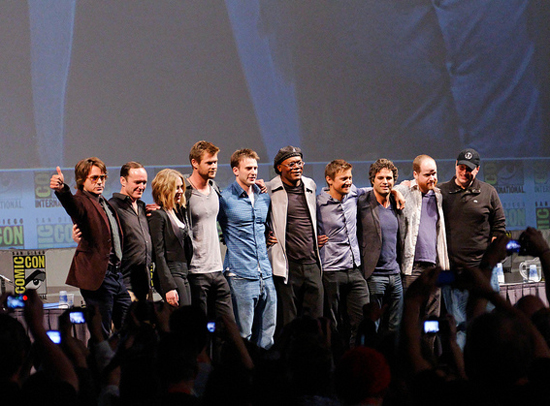 And ‘lo, Walt Disney Pictures has projected that Joss Whedon’s take on The Avengers will utterly smash the previous opening weekend record set just last year by Harry Potter and the Deathly Hallows: Part 2. The previous record was a measly $169.2 million, while The Avengers is slated to bring $200.3 million. Who says we’ll never see a Firefly resurrection in our lifetime?

Granted, The Avengers might have a bit more publicity given that it’s been a Marvel property since its inception in 1963, but it was still up in the air as to whether Whedon could pull it off. After all, it’s not exactly the kind of movie he’s been known for in the past. Plus, there was the last minute replacement of Edward Norton with the untested Mark Ruffalo.

There was never need to fear, it seems. The film is also now the fastest to reach the $200 million domestic mark, achieving the feat in just three days. It’s also expected to cross the $600 million global box office mark as of today after a mere 12 days.

With both The Avengers and The Cabin in the Woods doing fairly well, it looks like there’ll be more Whedon to look forward to in the future.

(via ComingSoon, image via Ronald Woan)