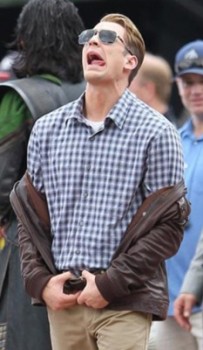 People have been pretty impressive with the camera the iPhone 4S is packing, but some of those people are influential enough and in the right station in life to show just how impressive the camera is. According to TiPb, Seamus McGarvey, cinematographer director for the upcoming Marvel romp, The Avengers, shot some footage for the film using the iPhone 4S, and the footage was good enough to leave in the film. Not only that, but the footage filmed with the iPhone 4S appears in the trailer as well.

The beauty of photography or cinema is that you make every choice based on the content at hand. On The Avengers, I did a couple of shots on the iPhone and they are in the movie. In fact, they are in the trailer! I understand that sometimes there is no choice and you have to go for the cheapest option, but if you are limited for choice, you can still make poignant decisions that will effect the look of the film.

Check out the trailer below and see if you can spot the footage.

(TiPb via The Next Web, pic via The Mary Sue)