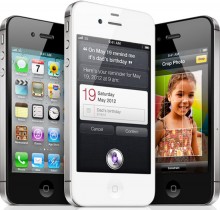 When the iPhone 4S was announced around a week ago, though the phone has some significant upgrades, including being the first iPhone with a dual-core processor, a large portion of onlookers were disappointed that the phone wasn’t the oft-rumored iPhone 5. Supporters claimed the “4S” branding was just that, branding, and the upgrades were significant enough to warrant the “5” moniker if Apple felt like slapping it on the new phone. The disappointed claimed that the upgrades weren’t significant enough, which is exactly why Apple used the “4S” branding rather than the “5.” The disappointed actually have a point, in that, for example, with software, the version number usually doesn’t change to a whole new number unless significant changes are made to said software. Using this example, the iPhone 4S is no different from some software upgrading to some version number like 1.4.3.

However, regardless of the initial outcry of disappointment over the lack of an iPhone 5 complete with drastic redesign, Apple has announced that the pre-orders for the iPhone 4S have topped one million in a single day, breaking the previous iPhone pre-order record, 600,000 in a single day, held by the 4S’s little brother, the iPhone 4. People who pre-ordered the iPhone 4S will receive it this Friday, October 14.