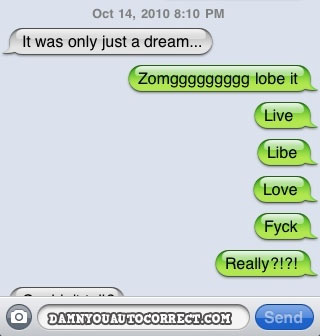 A bit of bad spelling caused the situation, as the text in question autocorrect “gunna,” as in “going to,” to “gunman.” The text was sent to a wrong number, which happened to be someone that was part of the local community and alerted officials. The text read “gunman be at west hall today,” West Hall being one of the schools. Obviously, “gunna be at west hall today” is a little less suspicious. The campuses were locked down after law enforcement became aware of the text.

It helped that this text message incident happened three days after the recent shooting at Chardon High School in Ohio, so officials were rightfully on edge. Though it seems silly to lock or shut down a school because of a stray text that was unfortunately autocorrected, in this situation, it’s probably better to be safe than sorry, though it is a little worrisome that all it takes to lock or shut down a school is a text message.