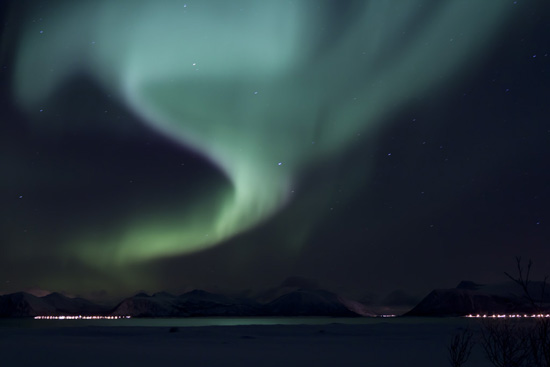 There have apparently been stories and folktales of weird sounds associated with the beautiful, mindbending spectacle of the Northern Lights for quite some time. However, no scientific basis for any auditory component has yet been connected to the Aurora Borealis. That is, until new results from a 12-year long study has finally captured a mysterious clapping sound on tape, and tracked its origin to open sky.

While the research, headed by Aalto University’s Unto K. Laine, is significant, it still leaves many questions unanswered. For instance, though researchers were able to calculate that the sound was originating 70 meters above the ground in open sky, that only correlates with the presence of the aurora. The researchers cannot, as yet, offer a hypothesis as to what creates the sound, and how. More importantly, though, the research rules out environmental possibilities like ice cracking, and also the possibility of a synesthetic illusion.

Interestingly, the researchers were able to find the same sound in other instances of electromagnetic activity where the aurora was not always present.

The research will be presented at the International Institute of Acoustics and Vibration in Vilnius, Lithuania this week.

Quoted by the Universe Today, Laine explained the significance of the research:

“In the past, researchers thought that the aurora borealis was too far away for people to hear the sounds it made […] However, our research proves that the source of the sounds that are associated with the aurora borealis we see is likely caused by the same energetic particles from the Sun that create the northern lights far away in the sky. These particles or the geomagnetic disturbance produced by them seem to create sound much closer to the ground.”

In order to verify the location of the sound, the team set up three separate microphones during an Aurora in 2004. However, the team did not realize that they had recorded the clapping sound until this year when the tapes were digitized. Using the information from the three microphones, the researchers were able to get a rough estimate of the sound’s location. What’s more, they’ve observed similar sounds in a 2011 recording, as well as other recordings submitted by enthusiasts.

The team is no doubt excited, as this may very well validate the years of work they’ve put into the project. Now they just need to figure out what the hell is going on up there.