Something hungry this way comes. 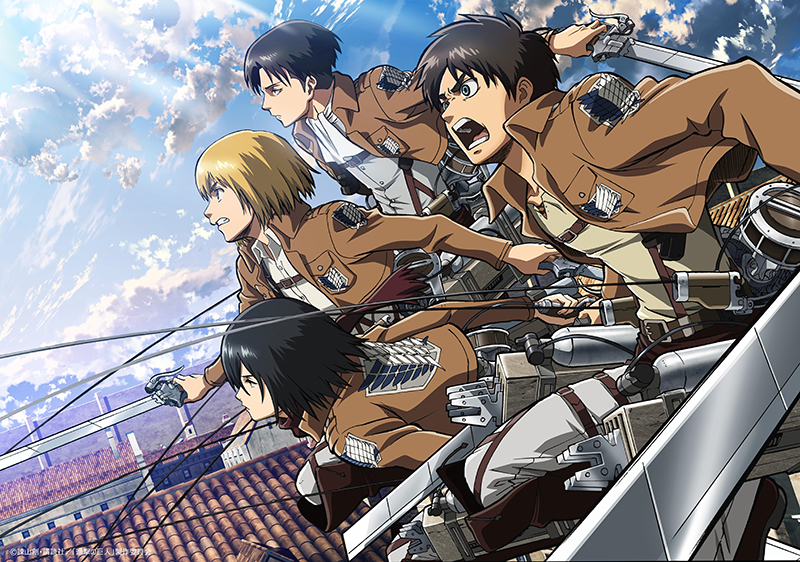 Ready your eyeballs for gory delights: io9 (via …The Christian Post?) reports that Attack on Titan‘s second season is rumored to already be in production, plus two theatrical films may be slated for release beginning in November.

Although the scuttlebutt is that work started on the series’ second season last month, there’s no word yet on when the new episodes will be released. Thankfully, AoT fans might have some exciting projects to tide them over in the meantime—two episodes based on the prequel manga Attack on Titan: No Regrets will air during the gap between seasons, and Bleeding Cool reports that two movies compiled from the first season will be released in theaters. Episodes have been cut for time and redubbed with the same voice cast; Attack on Titan Part 1: Crimson Bow And Arrow will be released on November 22nd, and Wings Of Freedom will hit theaters sometime in 2015.

It’s safe to assume that the new season will arrive after both (alleged) theatrical releases, so if the rumors are true, as soon as we have a Wings of Freedom release date we might get a little more insight about what’s in store for the series. Are you guys excited to have an update on the next season? Have any interest in watching the episodes re-edited for theaters?