The T-Mobile and AT&T Merger is Dead, This is Probably a Good Thing 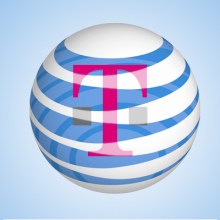 AT&T has spent months trying to convince the U.S. government to allow their $39 billion takeover of T-Mobile to go ahead. Along the way, the Telecom giants have argued the necessity of the merger, saying that the demands put upon the companies exceed the available wireless bandwidth allotted to them. However, the merger had several critics who said that merging the two companies would stifle competition. Today, AT&T announced that it was ceasing its bid for T-Mobile.

In the statement that follows below, AT&T has said that although it is giving up on this merger — and paying out some $4 billion to T-Mobile’s owner Deutsche Telekom as a result — the company will continue to invest in wireless spectrum.

While the creation of an enormous telecom provider would, no doubt, have some advantages, I am calling this a win for consumers. AT&T is already a massive company and still manages to provide poor service in highly populated key markets. In the run-up to this merger, AT&T already instituted several policies to crack down on the heaviest users of their data network — and this was still not enough. (Note: Verizon has a similar plan as well.)

If you need an example of what it’s like to have a hyper-monopolized market controlling your data providers, take a look at the ISPs.

Hopefully this setback will steer the wireless companies toward embracing new technologies and smart investments in their networks, rather than gobbling each other up. Here’s hoping.

AT&T Inc. (NYSE: T) said today that after a thorough review of options it has agreed with Deutsche Telekom AG to end its bid to acquire T-Mobile USA, which began in March of this year.

The actions by the Federal Communications Commission and the Department of Justice to block this transaction do not change the realities of the U.S. wireless industry. It is one of the most fiercely competitive industries in the world, with a mounting need for more spectrum that has not diminished and must be addressed immediately. The AT&T and T-Mobile USA combination would have offered an interim solution to this spectrum shortage. In the absence of such steps, customers will be harmed and needed investment will be stifled

“AT&T will continue to be aggressive in leading the mobile Internet revolution,” said Randall Stephenson, AT&T chairman and CEO. “Over the past four years we have invested more in our networks than any other U.S. company. As a result, today we deliver best-in-class mobile broadband speeds – connecting smartphones, tablets and emerging devices at a record pace – and we are well under way with our nationwide 4G LTE deployment.

“To meet the needs of our customers, we will continue to invest,” Stephenson said. “However, adding capacity to meet these needs will require policymakers to do two things. First, in the near term, they should allow the free markets to work so that additional spectrum is available to meet the immediate needs of the U.S. wireless industry, including expeditiously approving our acquisition of unused Qualcomm spectrum currently pending before the FCC. Second, policymakers should enact legislation to meet our nation’s longer-term spectrum needs.

“The mobile Internet is a dynamic industry that can be a critical driver in restoring American economic growth and job creation, but only if companies are allowed to react quickly to customer needs and market forces,” Stephenson said.

To reflect the break-up considerations due Deutsche Telekom, AT&T will recognize a pretax accounting charge of $4 billion in the 4th quarter of 2011. Additionally, AT&T will enter a mutually beneficial roaming agreement with Deutsche Telekom.