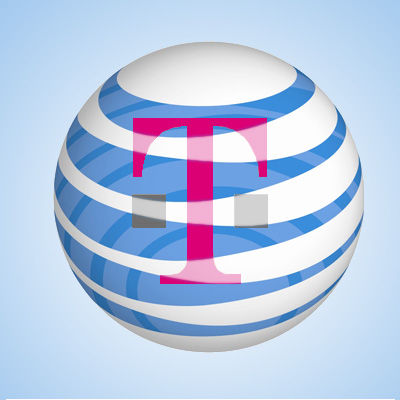 As you may know, AT&T has had its sights set on T-Mobile for a while now, and the two had agreed that AT&T would be allowed to gobble up T-Mobile for a scant $39 billion. If you had your money on the merger getting blocked for antitrust violations, you were right. Today, the U.S. Government sued to block the merger on grounds that it would “substantially lessen competition,” at which point AT&T’s stock took a 5% hit. If the merger should happen to go through after all, we will see the birth of the largest mobile service provider in the United States.

Due to cancelation language written into the merger agreement, AT&T has some significant incentives to fight these antitrust allegations. If the deal fails to go through, AT&T owes T-Mobile a check for $3 billion and reduced charges for dialing into AT&Ts network as part of a package that’s worth somewhere around $7 billion.

The implications of the merger, should it go through, are pretty far-reaching, so the antitrust action is understandable. AT&T and T-Mobile are the nation’s 2nd and 4th largest carriers respectively and while their merger would make them number 1 outright, it’s also worth mentioning that the two leading giants, Verizon and the AT&T/T-Mobile company would absoulutely bury third place service Sprint, whose stock has jumped nearly 10% since the first signs of antitrust action.

In late July, AT&T gave the FCC some studies that are intended to show that the merger would make for better metropolitan service, better connection overall and lower prices for all involved. At the moment, these are still being looked over. While it’s highly unlikely this deal will go through without some serious modification, if at all, Bloomberg.com quotes Andrew Gavil, a law professor at Howard University in Washington, as summing it up this way:

The fact that the Justice Department is challenging the deal doesn’t mean they won’t negotiate a resolution at some point.