Ask the Mary Sues: What’s Harder To Get Into Than the Capitol?

Because insurrection shouldn't be easier than getting a table at the Cheesecake Factory. 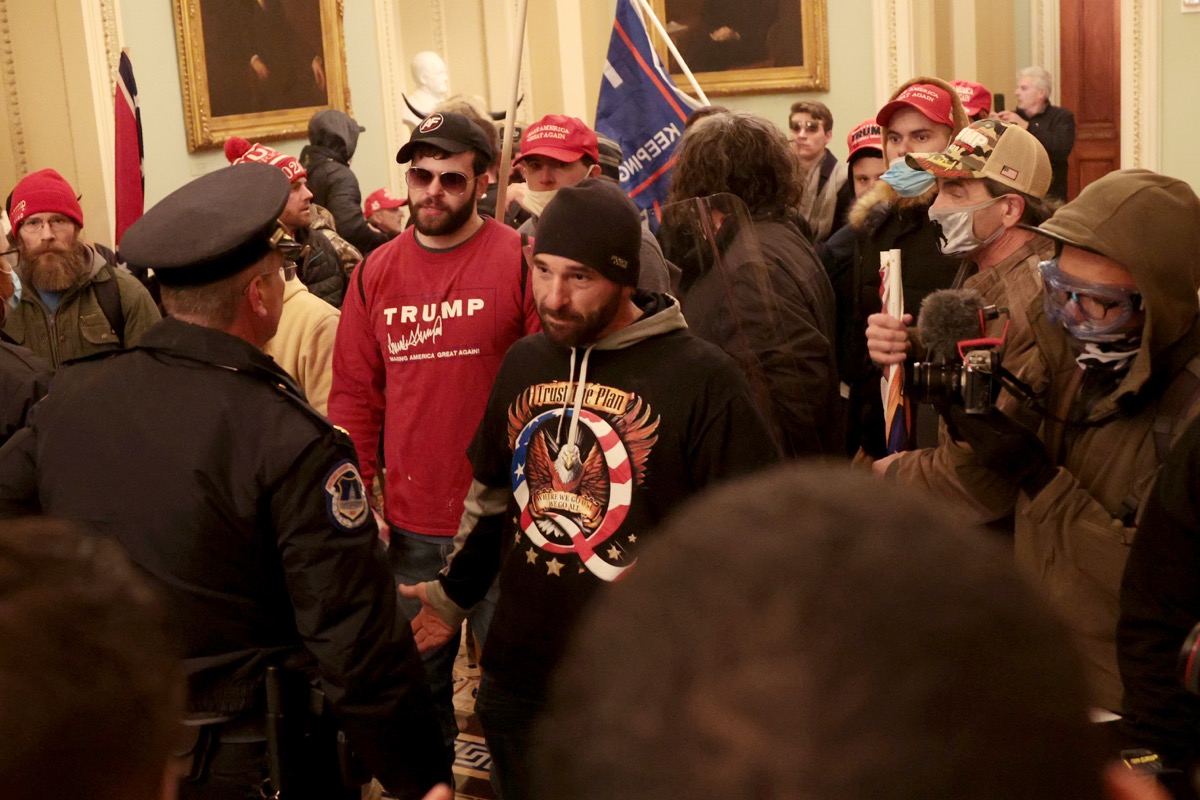 Well Mary Suevians, it’s been quite a year. What’s that, we’re not even ten days in to 2021? Oof magoof. We’re still reeling from Wednesday’s assault on the Capitol, where a pro-Trump mob of domestic terrorists stormed the Capitol building, vandalizing offices and taking selfies in the Speaker’s chair.

So many questions still remain about that day which will live in infamy. But chief among them is, how in the hell did this happen? How were Capitol PD so ill-equipped and unprepared to protect our elected officials and this hallowed, historic site? It’s a massive failure to act on the part of law enforcement that will surely be subject to hearings and investigations to come.

Because while Wednesday was filled with disturbing moments, none were quite as frightening as the Capitol police waving rioters into the building and taking selfies with them.

A short video appears to show a Capitol Police officer taking a selfie with a rioter inside the building. It’s unclear what prompted, or followed, the interaction. https://t.co/WQlSyPK643

Honestly, it is harder to get a table at the Cheesecake Factory sans reservation than it is to … break into the federal government?! We remain utterly baffled, but it got us thinking about things that are harder to get into. Here are our top picks for things harder to break into than the Capitol.

Listen. All I want is to quench my thirst. But Capri Sun makes it SO difficult. Putting a straw into a pouch shouldn’t be as difficult as opening Pandora’s Box, but here we are, straw coming out the other end of the pouch instead of going inside to sip some delicious juice. Mayhaps if I have some nice Capital security guards to hold the pouch for me while I aim the straw it’d be easier.

San Diego Comic Con is one of the great nerd places to be. The problem is that it’s almost impossible to get a ticket to it. And if you do, getting into certain rooms and spaces is equally as impossible and yet somehow, SDCC has better security and planning than the US Capitol building.

My local movie theater has better candy restriction security than the Capitol building as a whole. What if I don’t want to pay $4 for a candy bar? What if instead of paying for the $14.99 mini pizza I want to bring my hoagie from Wawa? It’s just not right. Also, if the Capitol building needs the theaters phone number for tips, I got them! They can teach them a thing or two about spotting the crinkle of illegal chips or soda being popped open. Or you know…protecting the heart of US democracy.

I a woman with many nemeses (the city of Cincinnati, Scott Baio, diarrhea) but chief among them is my abiding hate for that impossible-to-open clamshell packaging. You know, those vacuum-sealed monstrosities that take industrial scissors, Stormbreaker, and a welding torch to unwrap? Oh, and good thing that once they’re open, you cut meat with the razor-sharp plastic edges. Never before has humanity worked so damn hard to unbox a walkie-talkie.

It’s more difficult to get into my own online accounts. Locked for too many password attempts in a row? But how am I to remember which capitalization and symbol requirements I had to adhere to for each specific service!? I just want to watch Netflix! Meanwhile, the Capitol’s password is apparently “password.”

I remember CDs. Because I am old. I am so old I remember that when you bought a CD it came in the most complicated, overwrought packaging imaginable. It took me longer to open a Bonnie Raitt album in 1994 than it did for nazis to get into the US Capitol.

For critics, Disney screeners are notoriously complicated. If you can actually make contact with one of their elusive PR reps, the security around their top movies is ridiculous. Watching the filmed version of Hamilton for Disney+ required facial recognition, which had one critic friend of mine asking another to print out a mask of his face so she could review it. The domestic terrorists in D.C. didn’t even bother wearing masks (in the middle of a pandemic!) because security in the Capitol is so much more lax than Disney’s.

I had a headache this morning because of everything going on in the world, and I went to open some Advil. My hands were wet from splashing water on my face, and it took me a few minutes to open the bottle. The ordeal was harder to get into than the Capitol.

What’s your top pick for things harder to get into than the Capitol? Let us know in the comments!