Atlantis Was in Spain the Whole Time! 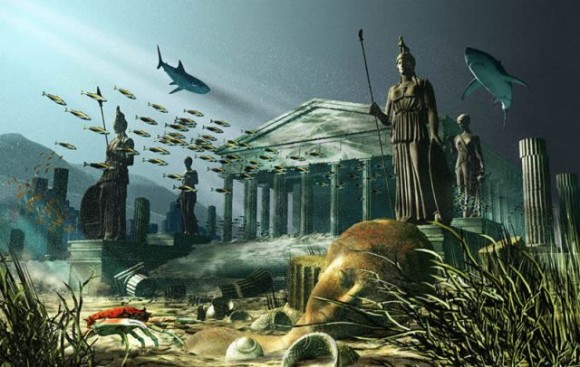 Hey, everyone! A bunch of researchers are saying that they’ve located the lost city of Atlantis, and it was right there in the mud flats north of southern Spain! The reason they’re saying “No, really” this time is because of new discoveries made using “a combination of deep-ground radar, digital mapping, and underwater technology to survey the site.”

To solve the age-old mystery, the team used a satellite photo of a suspected submerged city to find the site just north of Cadiz, Spain. There, buried in the vast marshlands of the Dona Ana Park, they believe that they pinpointed the ancient, multi-ringed dominion known as Atlantis.

We will get to see their findings tonight during their special, Finding Atlantis, which airs on the National Geographic Channel tonight … Hey, wait a minute …

Publicity-stuntiness notwithstanding, is there a real possibility that the world’s first metropolis really has been located? The lead researcher behind this discovery, Richard Freund, says that the strongest hints came from what was found in central Spain: “memorial cities,” he calls them, allegedly built by refugees of the tidal wave that completely engulfed Atlantis. This, Freund says, is what gave him confidence that the real Atlantis could not be far away from these cities that were “built in Atlantis’ image.”

Engadget says that the reason it took so long to pinpoint the location of Atlantis “may be the fact that it lies 60 miles inland, where you wouldn’t really expect it to be susceptible to the effects of tidal waves.” However, Freund says that catastrophic tsunamis are not unheard of in the region, having been “documented for centuries”:

One of the largest was a reported 10-story tidal wave that slammed Lisbon in November, 1755.

Atlantis was first mentioned in 360 B.C.E. by Plato, who referred to it as a naval power “in front of the Pillars of Hercules” that sank into the ocean. But there are some doubts about his story, which may be more related to oral tradition than actual historic accounts.

Would it be awesome to finally know where Atlantis is and that it really exists? Totally! The world needs something to be excited about in the midst of all the tragedy and economic hardship. I say, let’s take this with a fun, exciting grain of salt. Finding Atlantis airs on the National Geographic Channel at 9 PM, EST.