Star Wars’ AT-AT Finds Itself At Home In Classic Painting 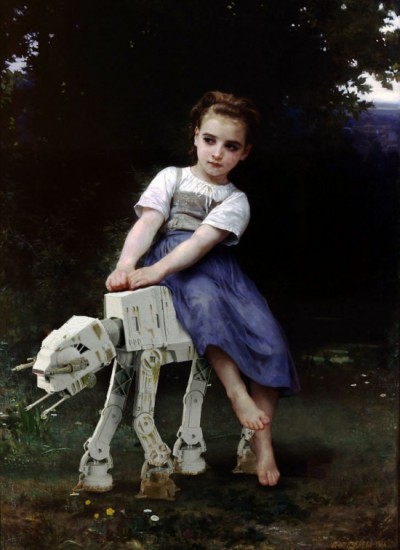 The original version of traditionalist painter William-Adolphe Bouguereau’s “La Bourrique” had one little girl sitting atop another. Whoever photoshopped an AT-AT in her place was a genius. More like this, please.