Yes, you should be angry. 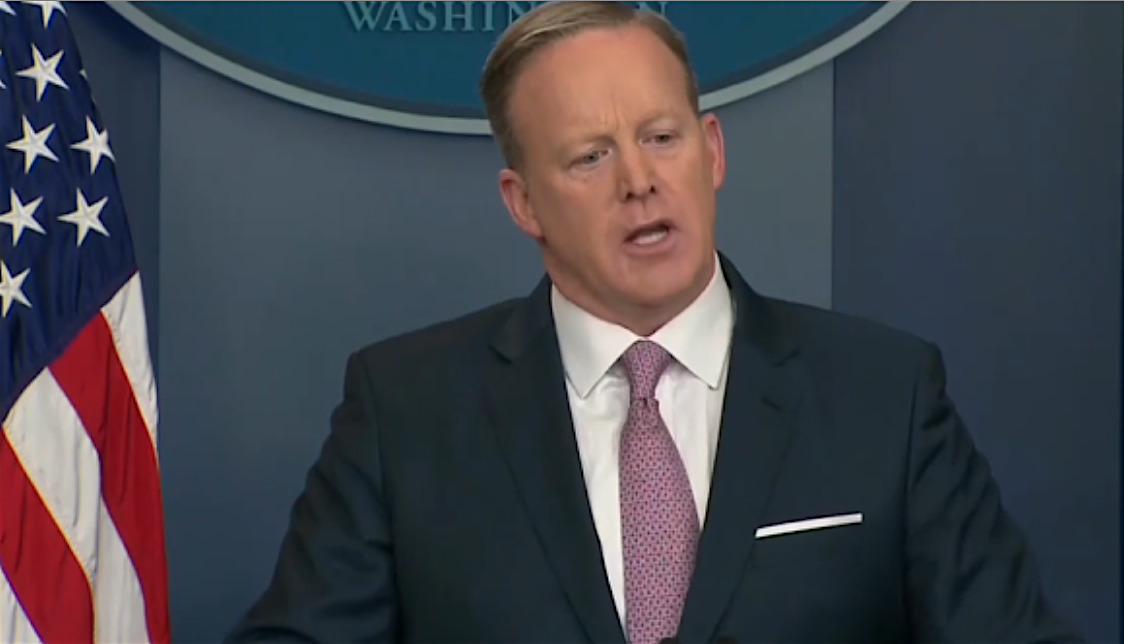 It’s a longstanding tradition that in White House Press conferences, after a statement form the Press Secretary, the first question goes to the Associated Press. The outlet is the world’s oldest and largest (as well as bipartisan) news gathering organization. At Sean Spicer’s first press conference Monday, though, it was the conservative tabloid the New York Post that was chosen to ask the first question. It, uh, did not go over super well.

But at Tuesday’s conference, Spicer had a surprise in store for anyone who thought that indicated a decline in the relationship and respect between the White House and the press. Because for today’s first question, Spicer skipped the AP, skipped the New York Post, and went to a publication called LifeZette.

I’ll wait while you Google that thing you’ve never heard of.

LifeZette is a super-conservative, pro-Trump site based in, let’s say, “alternative facts.” You know, the new word for untruths. At a time when the term “fake news” is getting thrown around a lot, this is fake news. In addition to the ultra-partisan propaganda the site publishes as fact, this is the kind of site that convinced that uncle you hate talking to at Thanksgiving that Hillary Clinton is a murderer.

LifeZette, it shouldn’t be a shock to hear, is run by Laura Ingraham, a political ally to Trump, and a top contender for the job Spicer now holds. Clearly, this White House has no interest (not that you probably expected otherwise) in bipartisan- or nonpartisanship. They are favoring not only those that will refrain from challenging their words, actions, and ideals (after the Post on Monday, the next questions went to the Christian Broadcasting Network), but they are also blatantly giving preference to those with strong political and personal ties to Trump and his administration.

That, in case it’s not clear, is not in keeping with the basic tenets of a free press. That is a bought press.

(via Mediaite, image via )