This Imperial AT-AT Case Mod Will Blow You Away 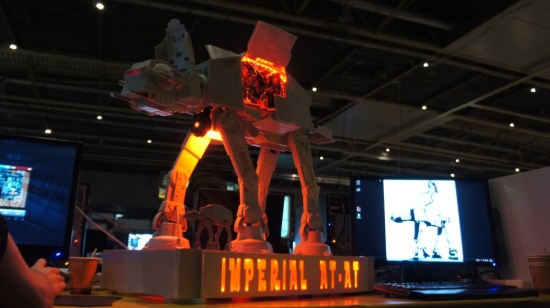 Case mods are pretty righteous, but this Imperial AT-AT case mod is a step above, say, your garden-variety (but still cool) Aperture case mods. This work of art is the brain-child of Asphiax, who started with a giant Hasbro AT-AT “toy” and decided to cram his computer inside of it. On top of your standard gaming rig innards like a beefy processor, GPU, and 8-gigs of RAM, this sucker also has a complex water-cooling system. Oh, and the laser cannons on the head are remote-controlled with an Arduino set up. Because it wasn’t awesome enough already. 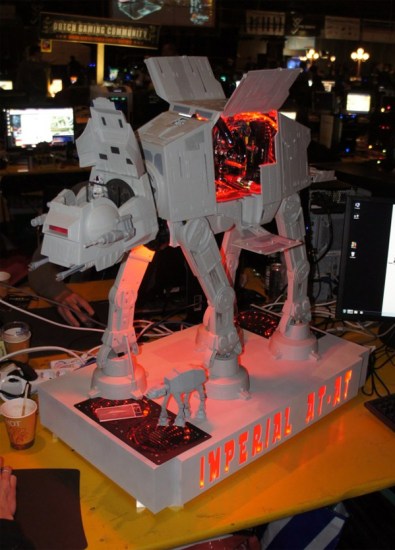 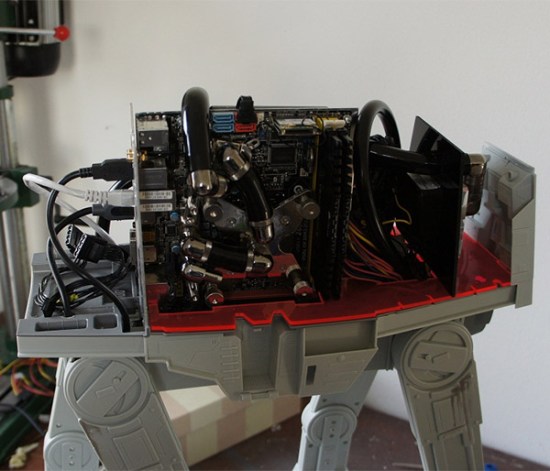 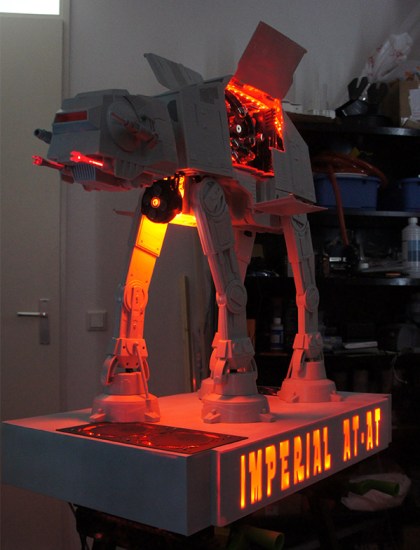 You can check out even more pictures and specs over at Asphiax’s website. Also, before writing this post, I came up with several horrible titles. I thought I’d share them with you. You know, to give you an insight into what really goes on behind the scenes.

What? I told you they were horrible.