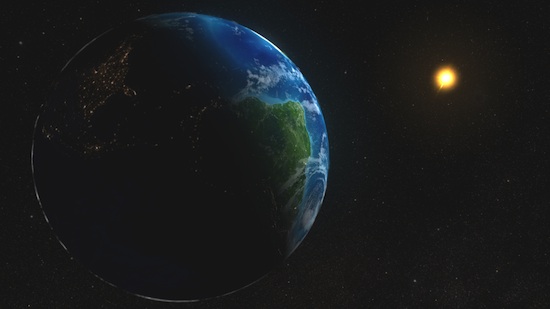 The International Astronomical Union (IAU) has voted to officially change the Astronomical Unit (AU) — a measure of the distance from the Earth to the Sun — from a variable value to a more convenient constant. Because if you’re the IAU and you have a meeting without voting on anything, it looks kind of bad, we guess? Kidding! It’s because the IAU is made up largely of people who teach astronomy for a living, and people who teach astronomy for a living are, as a whole, just sick to death of teaching a new legion of bong-addled freshmen a mostly obsolete equation that most of them will never use outside of scribbling it on their hand to pass their astronomy final.

The AU was developed as a convenient shorthand for measuring distances in the solar system, with the distance from the Earth to the Sun being known as 1 AU. The distance between the Earth and the Sun changes depending on what time of year you’re measuring it, though, and to further complicate things, the equation can also change by factoring in the mass of the sun, something it is just still way too early for us to ponder.

So in the interest of simplifying their work and making it easier to explain and understand, IAU members voted to agree on a new, constant value for the AU: 149,597,870,700 meters,  the average mean distance between the two celestial bodies when viewed from Earth. While you might expect some sort of uproar over the change –after all, if there’s one thing we thought we could count on the scientific community for, it’s quibbling over precision — members are almost entirely in favor of just getting this simplified and out of the way.