Spanish Woman Wants To Charge Everyone To Use The Sun, Which She Now Owns 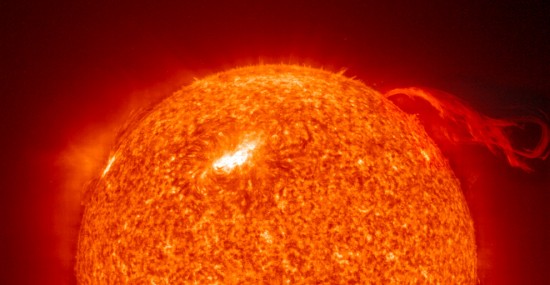 Angeles Duran, like many before her, has decided that a weird quirk of international law makes it possible for individuals to make claim on extraterrestrial real estate. Unlike others, however, she decided to make a claim on a celestial body that actually has a minute to minute effect on at least half of the globe at any time.

And that’s not counting its reflection off the surface of the moon.

Ms. Duran, of course, has made a notarized, registered claim on the star we call the Sun, and says she’s going to start charging people to use it.

The whole idea of individual people laying claim to balls of rock and/or gas 240,000 miles away at the closest can be said to have started in 1967, when the United Nations ratified the Outer Space Treaty.  It stated that space is the “province of all mankind” and that bits or the whole of it could not be claimed by any world government to the exclusion of another (not even through the cunning use of flags).

The treaty, which was signed by 98 nations including all space-faring ones, made no mention of individual world citizens and their ability to stake claims on outer space.  So, many individual citizens started saying that they had claimed such and such patch of real estate on the moon or other bodies in the same tone that people announce that “dog” is “god” spelled backwards: as if they had just done something very clever.

(My apologies to Terry Pratchett.)

Twelve years later, the UN attempted to head off this silly sort of stuff before it got out of hand by finalizing the Moon Treaty, which, when it went into effect five years after that, forbade private ownership of extraterrestrial real estate.  Today, the Moon Treaty has only been ratified by 13 governments, none of whom have space programs. Spain is not one of them.

And so, Angeles Duran, Spanish citizen, has registered the Sun as being her property at her local notary public, and is confident in her claim:

There was no snag, I backed my claim legally, I am not stupid, I know the law. I did it but anyone else could have done it, it simply occurred to me first.

And, yes, you heard us right, she plans to start charging for the use of her new property.  According to the AFP, she plans to donate half the proceeds to the government of Spain, 20% to Spain’s pension fund, and 10% each to scientific research, ending world hunger, and herself.

We wish her luck with enforcing her claim.  Wait, no we don’t.  Now could we please get some solar subsidies up in here?